“One pandemic discovery for my family was 1974’s ‘Swallows and Amazons,’ a charming British film about kids just playing on a lake. On their own, they’re plenty capable of making their own tents and adventures”, the US film critic Jake Coyle wrote in a review for the Associated Press.

Many people have fond memories of watching the original movie of ‘Swallows and Amazons’ when it first came out in cinemas nearly forty-seven years ago and list it in their Top Ten feature films of all time. 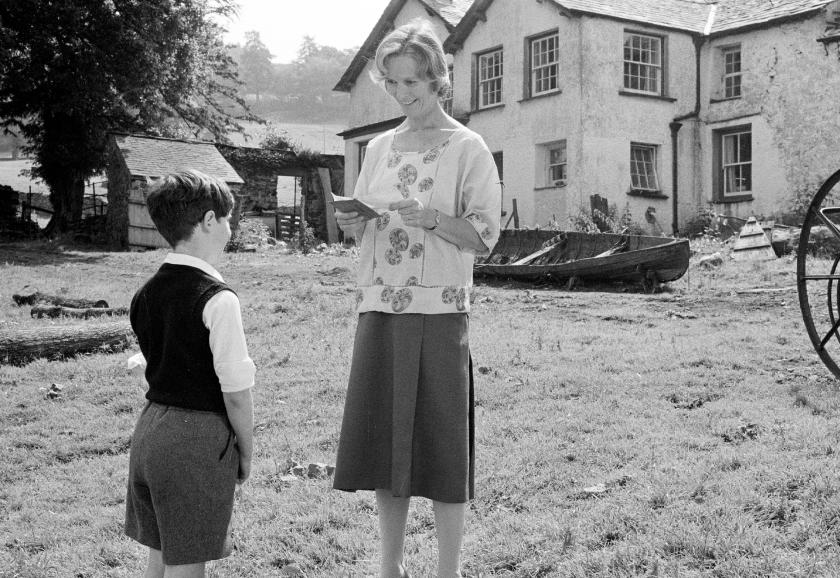 David Kerr wrote: “I first saw the film while I was a junior projectionist. I was 17 at the time. My cinema was called the Astor in Bromley, part of south east London. While an independent cinema, we took the ABC circuit films. Somewhere, I have the LP record and a poster of the film. I went on to a career spanning 40 years in international film distribution.”

“It remains one of my top ten films even to this day. I worked for 20th Century Fox…Polygram…and United International Pictures which distributed Universal, Paramount and Dreamworks films. I had a good career and witnessed the good the bad and the ugly during my travels.”

“From memory, I can recall that the film was released over the Easter school holidays in 1974. It’s just been helped as I have found a press ad online and it lists South London unusually running the film first on April 14th.”

“I believe the film was supported by ‘The Lion at Worlds End’ …the documentary that Virginia and Bill Travers made with George Adamson about returning an African lion to the wild. I know I ran the film again either in 1975 or ’76 as an afternoon matinee only with a Kung Fu adult programme in the evenings.”

“The film means a lot to me and has done so since 1974. It made me revisit the books…which I still read (currently dipping in and out of an old hardback edition of ‘Pigeon Post’) but I believe I had only read one during my childhood, which I think was ‘Swallowdale’. I also embarked on a number of holidays in the lakes because of the film. That first year I camped on a farm at Torver on the west side of Coniston.”

“The reason I include it in my top ten is simple. It is pure storytelling that takes the viewer on an adventure. You do not notice the individual aspects of film making you just become engrossed in the story. And that is what a good film should do. I watched it again just last week on a streaming service… It makes me smile ….what more can I say.”

John Rose wrote: “I can remember watching the film in 1974 with my mum and grandma when I was a nine or ten year-old, at the then called Mecca Cinema in Horsham, Sussex (sadly now demolished). I remember loving the natural setting and the adventure in the film and remember it being thrilling and suspenseful! Still my favourite film, so cheerful and up-lifting. The lovely music! All still brings a tear to my eye.  Back then in the ’70s we didn’t have the lakes but at every opportunity our little band of local children would run off over the fields playing, building camps and climbing trees in the woods – such happy, carefree days.”

Last time the film was broadcast on BBC Two, David Stott, who worked as a unit driver on ‘Swallows and Amazons’ when he was fresh out of college, wrote in to say: “I remember how cold you all were whilst filming the swimming scene.  The lily pond scene brought back memories of a very wet day on Pull Wyke caravan park.  Most of the day was spent in the two double decker buses that were your school room and the canteen waiting for the rain to clear. Everyone was so grateful to pack up and go home.”

“I had many incidents with the parrot that I had to collect in the morning and return at night.  I hated the bird, often it was let free in a bathroom at Kirskstone Foot and l would have to catch it and put it in its travel bag. I notice in the film that it is chained down whilst it is sitting on your shoulder.”

“I would spend a lot chatting to Ronnie Logan the hairdresser while the shooting was taking place, such a nice man.”

“The day they filmed the walking the plank scene I remember very well.  I took Ronnie Fraser to the Lodore Swiss hotel at  lunchtime and he was really very well plastered by the time I got him back for the afternoon filming.  I suppose it was the only way they managed to get him in the water.  He was not a happy chappy that afternoon when I eventually took him back to Ambleside.”

“I had to put the rushes on the train to London in the evening and collect developed film (how times have changed).  One of my treats was that I was allowed to watch the rushes with the production team in the evening. Watching it again this afternoon was a real trip down memory lane.  I cannot believe that I was a student starting out in life at the time and now l am a pensioner.  Where has all that time gone?”

You can read more in the paperback on ‘The Making of Swallows and Amazons (1974)’
. 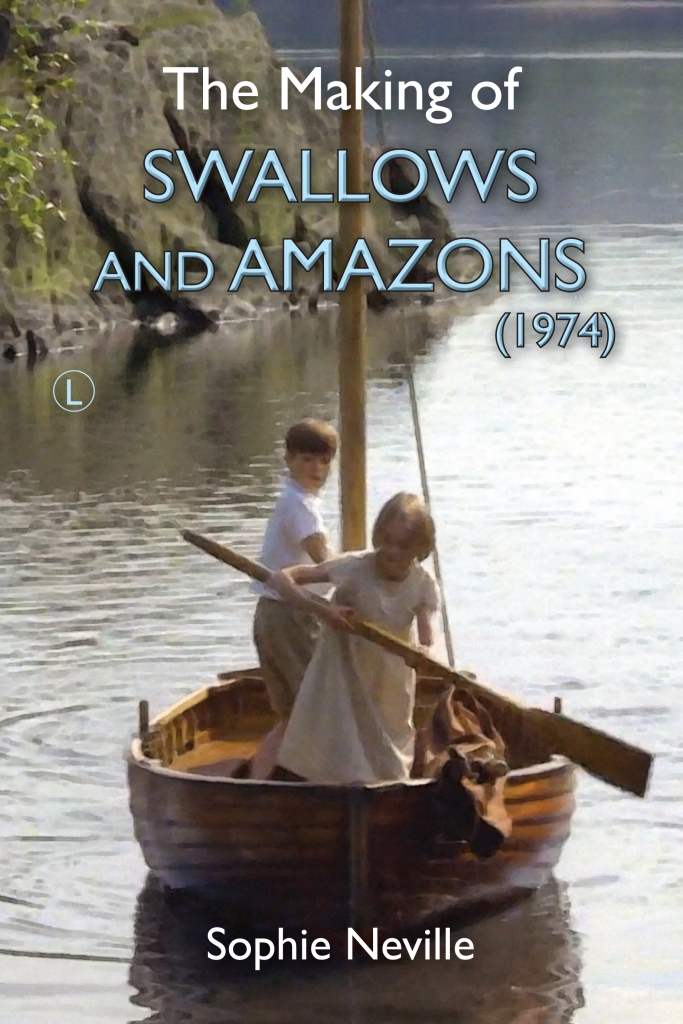 You can see some of the illustrations here: