JONATHAN BROWN wrote in the Independent in 2014:

However, previously unread diaries of its creator, Arthur Ransome, reveal that the author considered the corporation’s last attempt to bring his much-loved story to life to be a “ghastly mess” marred by “dreadful ham” acting. The diaries reveal how Ransome clashed repeatedly with BBC executives in the early 1960s when the BBC commissioned a six-part dramatisation for television, starring Susan George, then aged 12, as Kitty (changed from the original Titty) Walker.

Ransome, then in declining health, was living in virtual retirement in his remote Cumbrian cottage Hill Top overlooking the spectacular Rusland valley with his wife Evgenia – the former secretary to Leon Trotsky, whom he met while working as a foreign correspondent and spying for Britain in revolutionary Russia. It was a spartan existence, often with no electricity or running water.

In a series of brusque entries at odds with his generally affable demeanour, he describes how he repeatedly fought with BBC executives over attempts to introduce two new characters – Ernie and Sam – to the story. Both he and his wife attempted to rewrite the script after concluding that one episode was “bad beyond belief”.

At his home Hill Top with his publisher Rupert Hart-Davies

“I have agreed to Genia’s proposal that we shall wash our hands of the film leaving it to Mr Walls [of the BBC] to play the farceur as much as he likes. They may be right in thinking that vulgar ham acting is what the T.V. gapers want,” he wrote in July 1962.

Ransome was particularly unimpressed with the performance of popular British actor John Paul as Captain Flint – the character… said to be based on Ransome himself – describing it as “dreadful HAM”.

On attending a screening at the Hammer Theatre in Wardour Street, central London in October 1962, he concluded: “Saw the ghastly mess they have made of poor old Swallows and Amazons … MacCullogh [his friend Derek MacCullogh, former head of children’s broadcasting at the BBC who was also known as the presenter Uncle Mac] did not come possibly to avoid trouble with his employers.” It was eventually broadcast the following year.

Stephen Sykes now owns Hill Top and has restored the Ransomes’ former home. He is also helping transcribe the author’s sparsely detailed diaries from his years at Hill Top, which are kept at Leeds University’s Brotherton Library. Sykes said the writer received £3,500 for agreeing to the BBC broadcast – a considerable amount of money. “He was clearly making a very good living out of the rights to Swallows and Amazons. This was his baby and he had obviously pored over it. It is a very leanly written story and it was pretty clear it was written by a journalist because of its clarity, because there is nothing extraneous,” he said. 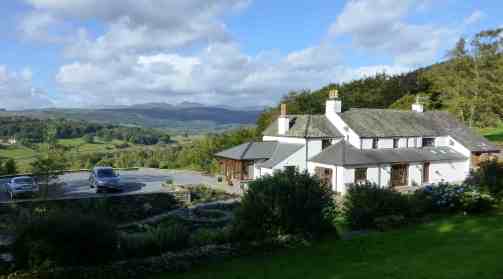 “He is extremely protective of his own work. He felt he didn’t want a word changing, and that he had honed the story down and it was what it was,” he added.

Swallows and Amazons was first published in 1930. It recounts the adventures of the children from two families who while away an idyllic summer getting into scrapes sailing their dinghies across Coniston Water and Lake Windermere. As well as the television series, many theatrical and musical adaptations have been staged, and the story was made into a film in 1974 staring Ronald Fraser and Sophie Neville.

When the latest project was announced in 2011, head of BBC Films Christine Langan said it would seek to encapsulate a forgotten era of childhood adventure “from the pre-health and safety generation”.

Producer Nick Barton of Harbour Pictures, who is collaborating on the film with the BBC, the Arthur Ransome Society and the author’s literary estate, said it had not been decided yet whether the children would be shown sailing without their life jackets.

But he said viewers could expect to experience the full majesty of the book’s setting. “The lakes and the mountains are very big and we are keen to recreate that grandeur of the scenery in the film,” he said. A spokeswoman for BBC Films said: “The film is still in development.”

To see a copy of the original article online, please click here 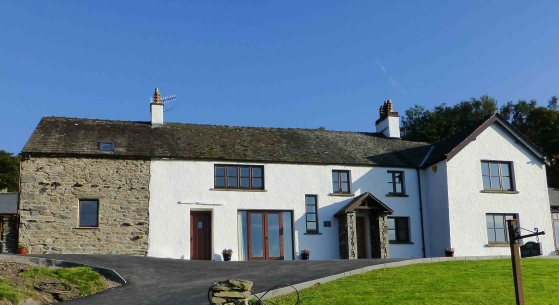 The Times. What author would not be thrilled to have their ebook profiled in a Saturday feature article? But look at the headline. I shall never live it down. Far from being scandalous, my story is appropriate reading for any age group.

Richard Kay’s piece in the Daily Mail seems to have sparked off quite a bush fire. A News journalist from the Telegraph rang, as mentioned in my last post. Before I knew it, there was an over-excited headline on the internet

I was told-off by our Church Warden, who then handed me a clipping from the Saturday Telegraph, which read: ‘Swallows and Amazons a debauched adventure’. I didn’t dare look in the tabloids.

I was worried that I would be asked to step down as President of The Arthur Ransome Society but some of the members think it’s hilarious. The Arthur Ransome Group on Facebook have been busy thinking up Newspaper headlines for his novels, such as ‘Soviet agent indoctrinates all British children’.
*

Anecdotes about Ronald Fraser’s legendary drinking habits are mounting up.  Spare me from being a prattler, but Ronnie would have loved this. Star of thirty post-war movies and numerous television programmes, he liked nothing more than to sit in a pub sharing scandalous stories with his friends from the press.  A showman to the end, his coffin was carried by Sean Connery, Peter O’Tool, Simon Ward and Chris Evans.

Peter Walker e-mailed me from Cumbria:

In 1973 I worked for Post Office Telecommunications (now BT) as a local maintenance engineer. One summer’s day I had been given the job of repairing a fault on the payphone in the White Lion Hotel in the centre of Ambleside. As I pushed open the door to the bar it slipped out of my hand and the handle caught a customer in the back who happened to be taking delivery of a large drink.

I apologised, and he said “No damage done my boy… haven’t spilt a drop!”

I said I was referring to his back, “Don’t worry,” he said, “being stabbed in the back is normal in my line of business!”

A wonderful story that I have already added to the ebook:

…long after the filming, when Ronald Fraser was having a pint with his friends, he was fond of muttering ‘Natives!’ especially if someone ate the last of his crisps.(As you probably know, this was one of Titty’s lines in the film used when the Swallows were nearly run down by a Windermere steamer.)

His fans and old drinking pals added comments below the online feature in Friday’s Telegraph:

Ronald Fraser sounds like he was well cast for the part, the black sheep of the family who was also the favourite uncle and usually totally p-ss-ed.

Ronald Fraser – a joy and wonderfully in-character as the freeloading drunk on the trans-Atlantic liner in the original TV adaptation of Brideshead.

“Debauchery” implies REAL shennanigans. Ronnie was usually too plastered to do more than stand, let alone move, let alone “do” anything. I assume the word is used ironically.

I had the pleasure of meeting Ronnie Fraser several times in the Richard Steele on Haverstock Hill in 1969/70, and of conversing and drinking with him. He was a total lush, but charming, funny and scandalous. His fund of acting stories was endless. I’m surprised he made it safely through S&A! (Swallows and Amazons)

I also remember Ronnie Fraser from the Richard Steele. One evening he was serving behind the bar, in his cups he served me 4 drinks and instead of adding up the price he just said “that looks about 10 shillings worth to me!”

The Richard Steele was a proper boozer with a mixed clientele which included Anthony Booth, Rupert Davies and Eric Sykes. And a great selection of posters on the walls. I went back in there a couple of years ago and it has lost the buzz it had back in those days.

he also was in the star in st.johns wood too dont think i ever saw him sober either.that would be about 1975 -1979

Yep. I too drank with him in The Richard Steele in 1976/7. Total gentleman and a great character. He used to drink with Alan Browning. Glynn Owen was another regular and one or two others of note.

I loved that film and thought it very faithful to the source book. My sister has met Ronald Fraser and as well as being a boozer he was also apparently something of a swordsman.

I thought that Ronald Fraser was miscast – he was too much the buffoon and his speech impediment wasn’t appropriate to the role.

General comments about the film were also added to the Telegraph site:

I had a slightly surreal experience 10 or 12 years after it came out. It was on TV and I sat happily through it, then I put in the video of the John Hurt movie 1984. In it, the girl I’d just been watching playing Susan as a 12 year old instantly aged 10 years.

It was raining in the Lake District- that’s a major surprise. One place there has recorded 200 inches of rain in a year!

It’s good to find someone else who shared those lovely £sd days!! I remember the posters vividly.

It was indeed largely a time of great adventure for a child at that time. As kid’s, at weekends & holidays, we often wouldn’t be seen from morning ’till evening, off exploring our surroundings. Totally unlike the generally mollycoddled, world wrapped in cotton wool that you usually see with today’s parents and their children.

Great book and an excellent, very English film! Pity that Arthur Ransome was a traitorous Communistic Guardian hack! I imagine that Soviet Commissars, used to Black Sea dachas, would have found The South Lakes far too drizzly for a summer holiday. No doubt Mr Ransome would have been keen to host them.

Well, you have to admit it was excellent cover for his job of reporting everything the Bolsheviks did to MI6.

Your comments are invited below.

For those who have not already seen it, here is some behind the scenes footage of filming on that houseboat in 1973.