David Stott has emailed me, sending a photo of himself with his friends in the summer of 1973:

‘It was taken at college just before l started work on Swallows and Amazons… I am the one on the right with the yellow sweater. Love the hairstyles. Fashion-wise it was the era of Crimplene, as evident in my friend Pauline’s dress.  I remember I wore a brown Crimplene jacket when I was driving the unit car.’

For the last twenty-six years David has been the resident proprietor at the Crossways Hotel near Willmington, a beautiful Georgian restaurant with rooms in East Sussex near Glynebourne, which makes the perfect place to stay if you are lucky enough to get tickets for the opera.

David recently added more tales of impro-parrot-y to the comments:

‘I also remember the incident when Ronnie Fraser sang “Drunken Sailor”. I delivered him back to location from a very drunken session at The Lodore Swiss Hotel, dragging him from the bar. He was not a pretty sight. Was it that the same afternoon that he had to fall into the lake? My memory is a little sketchy, but l seem to remember he was pretty far gone on that occasion as well.’

‘My neighbour Mrs. Dora Capstick was employed to show Captain Flint how to play the accordion. Of course I think the music was dubbed at a later date.’  I can only suppose that she taught him how to play the sea shanty, What shall we do with the drunken sailor? since that is what he was playing in the shot at the end of the film.

‘I had forgotten the name of the parrot lady, Mrs. Proctor, she lived in a cottage in one of the old yards in Kendal. I was scared to death of Beauty and I don’t know how you could bear to have him on your shoulder.

‘I vaguely remember your mother and I was friendly with Jean McGill the unit nurse who was another local Ambleside Girl.’

‘I was friendly with some of the production assistants but cannot remember their names. Quiet a few hours were spent on the double-decker buses that were used on location.

‘Another memory I have is having to wait for the London train to collect the rushes then get them back to the Kirkstone Foot Hotel for an evening screening and felt very privileged when l was allowed to stay and watch them.’

Does anyone else remember helping to make the movie Swallows & Amazons, or coming to watch the filming in 1973? Please do add your memories in the comments box below.

I added David’s stories to the second edition of ‘The Making of Swallows and Amazons’ available in paperback and this ebook where you can read more about what happened when filming in Cumbria:

Thanks to the support of readers and reviewers I was brave enough to share my story, ‘Funnily Enough’ with the panel of judges at The International Rubery Book Award. I now have a cut glass trophy, which has its own silk-lined box. 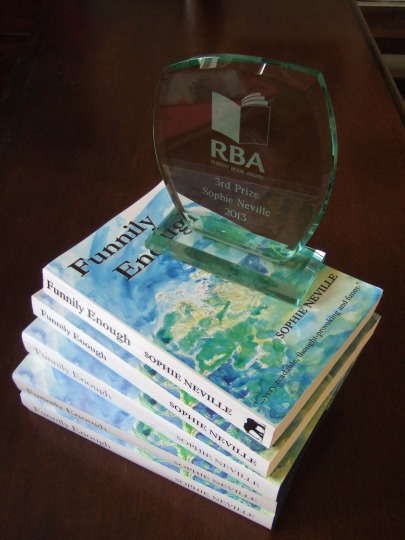 Since promoting my books at the London Book Fair, great things have been happening ~ we have made it into the rank of ‘Bestselling Books’. 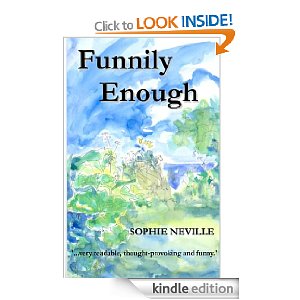 Funnily Enough has raced up the charts, and at the time of writing is in the upper Top Ten for Humour.

Ride the Wings of Morning is selling well. It is about the ‘Swallows and Amazons’ type of lifestyle that I led in Southern Africa after leaving the BBC. It is a book of letters, illustrated with sketches and maps that are in keeping with the inheritance Titty left me. Richard Pilbrow, the Producer of the movie Swallows and Amazons has kindly reviewed it ~ please see Reviews page

NOW AVAILABLE IN HARDBACK AND PAPERBACK FROM LULU.COM

My memoir about working in film and television is now out as an ebook on amazon Kindle and all online retailers for £2.99