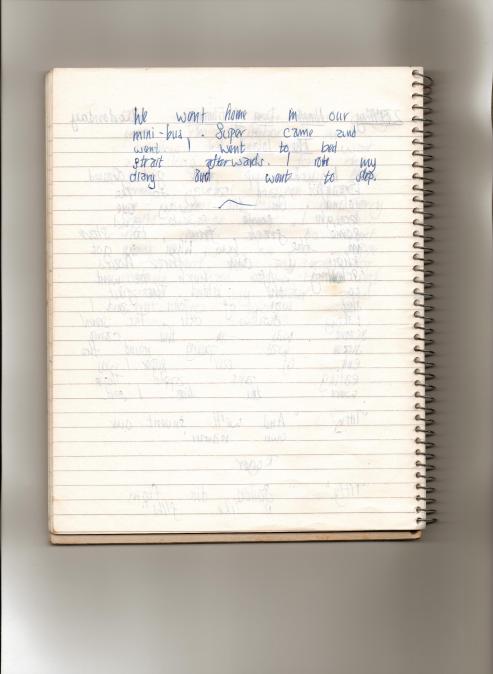 If you drive south down the narrow East of Lake road along by Coniston Water, passing Bank Ground Farm, Brantwood and a cottage where Arthur Ransome once lived, you will eventually see Peel Island. It is not that far from the shore.

Richard Pilbrow had permission from the Lake District  National Park for his film crew to gain access and use the fields and woodland opposite Peel Island as a base. One proviso was that our two red double-decker buses had to be swathed with camouflage netting in an attempt to make them less conspicuous. As a result they looked comic – like huge monsters from Doctor Who. In addition to these we had a caravan for Make-up and Hair, the caterers’ mobile kitchen or chuck-wagon, a prop lorry, a lorry belonging to Lee Electric who provided the lighting and huge reflector boards, the Lee Electric generator and the regrettable and very basic mobile loos. I can not remember what kind of vehicle David Cadwallader the Grip used but I half remember a Land Rover. On top of this would be parked our mini-bus, the unit mini-bus, everyone’s cars and the boat trailers. Mum thinks that Terry Smith’s Range Rover could have been orange. ‘He was a very orange man.’

It must have been a bit of an effort to avoid getting the whole entourage in shot when John and I launched Swallow and rowed around to the harbour. You can tell that it was a greyer day than the one before.

A temporary jetty made from scaffold and planks had been built out into the water so that we could climb into any boat going to the island without getting wet. It must have been quite something lugging the camera out.  It travelled in a big black wooden box lined with foam rubber, with handles at either end that David had had made. The Panasonic was thus transported by two men like the Arc of the Covenant , holy and revered. Once on the island it would be set on the complex mounting, which enabled it to pan and tilt. This in turn usually sat on sections of track so that moving shots could be achieved.

Denis Lewiston, the Director of Photography, had a Camera Operator but insisted on doing most of the camera work himself. If you watch the scenes of the Swallows making up camp you can see that he must have just followed what Susan and Roger were doing. It has a wonderful, busy natural quality with the result that all one wants to do is to leave real life behind and go camping. I imagine that the scenes when the kettle is being filled were shot in the morning, while I was at my lessons, but I joined them after lunch.

We loved shooting any scene at our camp on the island, especially when we were eating. As I think I have said before, when Suzanna swung her frying pan of buttered eggs she really did burn Roger on the knee. He was very brave about it. It was a heavy pan.

David Cadwallader is still working as a grip, recently operating the crane on the 2011 movie of Jane Eyre, which stars Mia Wasikowska as Jane, Michael Fassbender as Mr Rochester and Judi Dench as Mrs Fairfax. I’d been reading Jane Eyre on that day in May 1973. It was my set book. My set book for school and the book I read on set. I should have been reading Robinson Crusoe.

Richard Pilbrow has just written from Connecticut to say~

You can read my side of the story, if you care to, in ‘A THEATRE PROJECT’, that you can get from Amazon.UK.
http://www.amazon.co.uk/Theatre-Project-Richard-Pilbrow/dp/0983479607