Newspapers are read one day and on the kitchen floor the next. Back in 1974 they might have been used to wrap up fish and chips. Either way, an article in the ‘paper is soon forgotten. Not so a feature in a magazine. They tend to hang around in hotel foyers and doctor’s surgeries for waiting to have their pages turned for months, if not years.  The judgement they cast on our movie was important.

To my surprise I found an article about how we spent the summer of 1973 in ‘Homes and Garden’ magazine.

What amazed me was that the black and white photographs taken on the film set had been colour tinted. Please forgive my scanning – the pages were stuck in albums long ago and the  images blur at the edge.

Surely she was the journalist also known by her married name of Elspeth Huxley, the author who had written The Flame Trees of Thika and so many other books?  She wasn’t quite right in saying the film was shot entirely on location in the Lake District, but still. She was not to know about our day at Runnymede.

We were in both Punch and The Sunday People. My mother saved them all, scratching lines alongside the paragraphs in which I was mentioned. 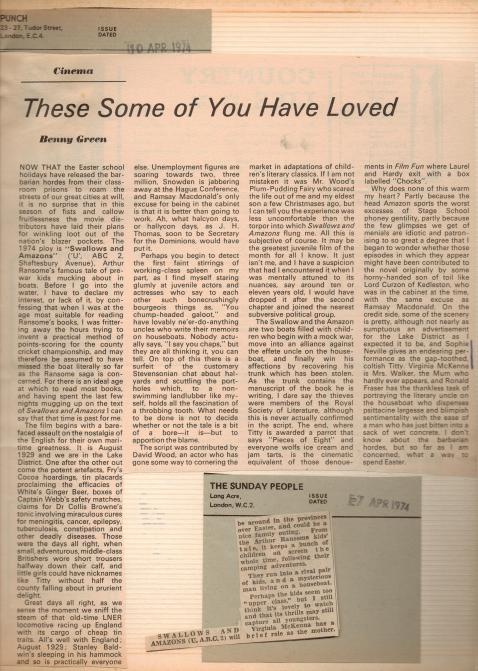 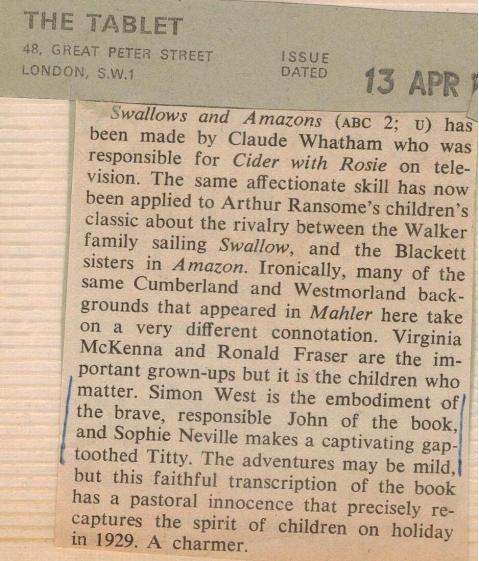 What’s On and the News of the World: 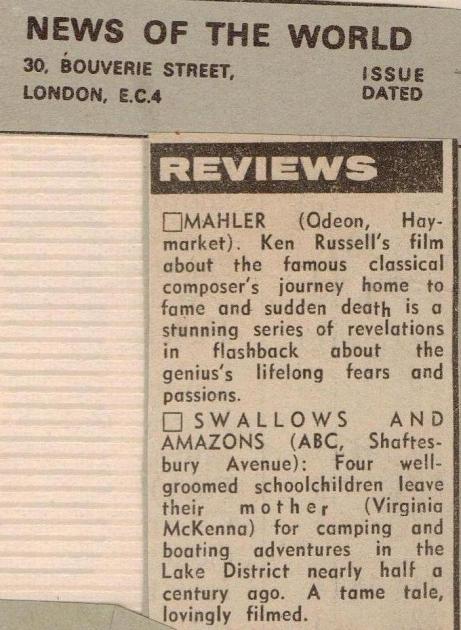 The April addition of the film fan magazine Photoplay, which featured Steve McQueen on the cover. It cost 20p in those days.

The true story is told in ‘The Making of Swallows and Amazons’ available online in different formats including an audiobook.