Members of the Arthur Ransome Group have recently raised questions about what ‘fell onto the cutting room floor’ after we shot the movie ‘Swallows & Amazons’ in the English Lake District in 1973.

‘I have always had the feeling that the Amazon’s role in the 1974 film was very much secondary to the Swallows.’ Stephen O’Brien posted.  ‘This was probably down to much of the Amazon’s footage ending up on the cutting room floor. What do you think?’

The answer is that there were few scenes excluded from the film. 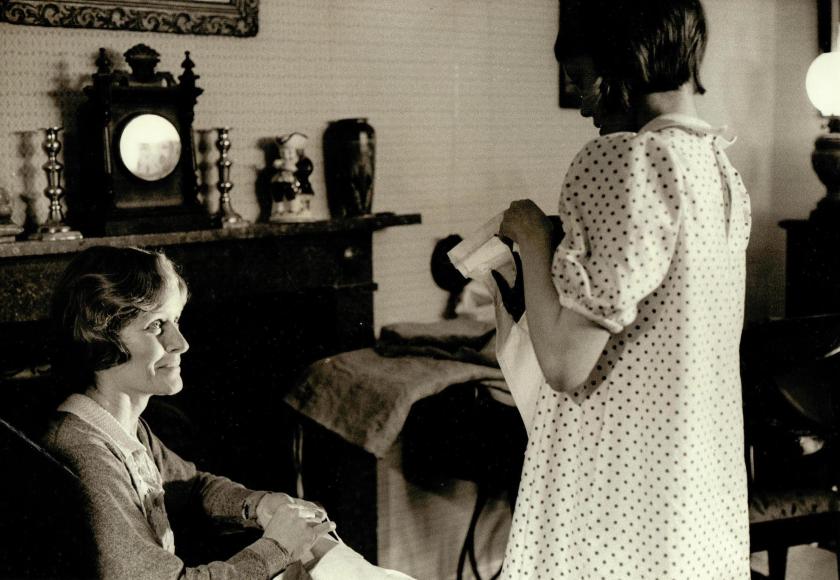 Virginia McKenna as Mrs Walker with Sophie Neville as Titty

One featured Virginia McKenna and Mrs Batty’s clock, which can still be found at Bank Ground Farm, our location used for Holly Howe. It was shot on the second morning and I fear that our director Claude Whatham might have taken it out because my own performance was rather stilted. I had quite a bit to say, most of which was really rather bizarre:

The only other scene from Swallows & Amazons that I know was excluded was when the Swallows lay patterans on their way to visit the charcoal burners. The location was in a beautiful spot up above Derwentwater, the dialogue was straight from Arthur Ransome’s book and our performances would have been fluent by the time we shot the sequence. 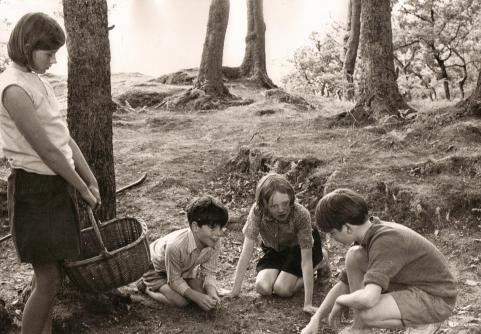 I can only expect that when the movie came in over-length, these scenes were cut as the action had no influence on the plot.

In the original script, the Amazons do not really appear until page 41 – which would equate to nearly half-way into the the film. I thought that there might have been one or two shots of the Amazons sailing that were never used, because there was a day spent filming on Derwentwater when Kit and Lesley who played Nancy and Peggy weren’t feeling very well, but I’ve checked the script and nothing that they said was excluded. Not one word. Perhaps David Wood who dramatized the book could somehow have increased the Amazons’ parts. However, as Janet Means points out:

One scene in the DVD of the film used to be cut out of the television version. The clue is that it comes just before this photo was taken in Bowness-on-Windermere for Lancashire Life kindly sent to be by Stephen Sykes of Hill Top near Haverthwaite. 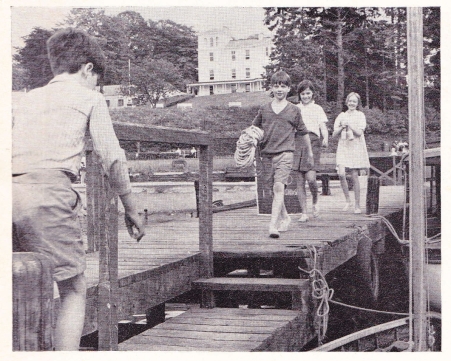 Sten Grendon, Simon West, Suzanna Hamilton and Sophie Neville as the Swallows in Rio, an official still from the film published in Lancashire Life in 1974

There are a few scenes in the screenplay that were never actually shot, but that’s on a different tack. To read more, please see: The Secrets of Filming Swallows & Amazons.

The illustrated paperback entitled ‘The Making of Swallows and Amazons (1974) can be ordered from libraries worldwide or purchased online.

23 thoughts on “The cutting room floor”