This photograph of Richard and Neville sitting on the deck of Captain Flint’s houseboat in the pouring rain must epitomize the struggles they went through to work around the weather and bring ‘Swallows and Amazons’ in on budget.

It was Claude Whatham’s dream to end the movie with an aerial shot of Swallow and Amazon sailing away from Captain Flint’s houseboat.  He had a helicopter pilot standing-by with a special cameraman, but it wasn’t to be. He needed bright sunshine for the shot to cut with our farewell sequence after the battle. We waited three days but the weather was too dull and wet to film anything useful.  I’m so glad.  Claude ended up freezing the simple shot that captures Arthur Ransome’s book completely. It was used on the front of one of the first VHS copies of the movie.

I’m afraid we hung about the very nice Water Head Hotel in Ambleside getting bored and precocious, or so the evidence suggests. Since John and Margaret, our location caterers, had returned to Pinewood Studios, we were taken to the hotel restaurant for lunch. 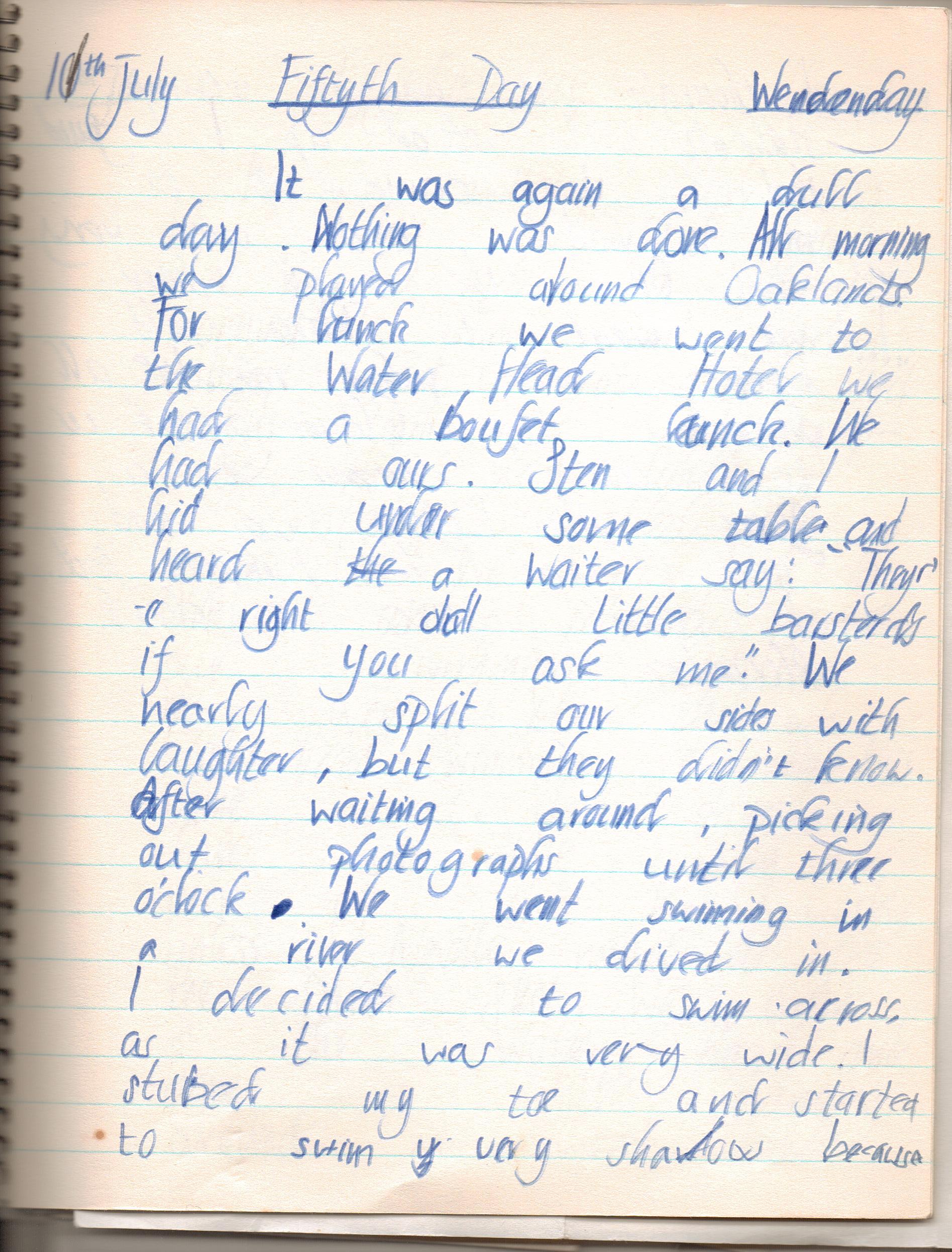 We loved that cinema in Ambleside. Was it the same then as Zeffirellis, the cinema in Compston Road operating today?  The adults must have found it a good means of keeping us peacefully entertained, but then again they were all film-makers, who loved movies. Zanna didn’t come to the cinema that afternoon. She walked four miles up Wanstell Pike with Jane Grendon.

Albert Clarke, the stills photographer on the film crew, had given us contact sheets of the black and white photographs that he had taken during the filming. I spent my time at the Kirkstone Foot Hotel, where Claude and Richard were  staying, with a tube of Copydex ~ or ‘rubber solution glue’, as they kept saying on Blue Peter,  sticking the tiny photographs into the scrap books that I had been keeping.

Richard Pilbrow kindly let us choose large 10’x 8′ versions of the photographs, which we are able to take home to our families. I kept mine all these years, never using them for anything, but treasuring them as a memory of those happy, fulfilling days spent in Cumbria in 1973.

You can now read about making the movie in the ebook ‘The Secrets of Filming Swallows and Amazons’ or the paperback entitled, ‘The Making of Swallows and Amazons (1974)’ available at most online distributors or to order from your library or local bookshop.