I did not know it at the time but Titty’s chart had a profound influence on my life.

I loved drawing the map. I had prepared it earlier with Simon Holland, the Art Director, and always regret pressing too hard. If you look very carefully you can see that I had already written ‘Rio’ and rubbed it out, only to write Rio again when it came to the take.  I also wish that I had been taught the song Away to Rio before this scene as I would had said that line differently. Never mind. 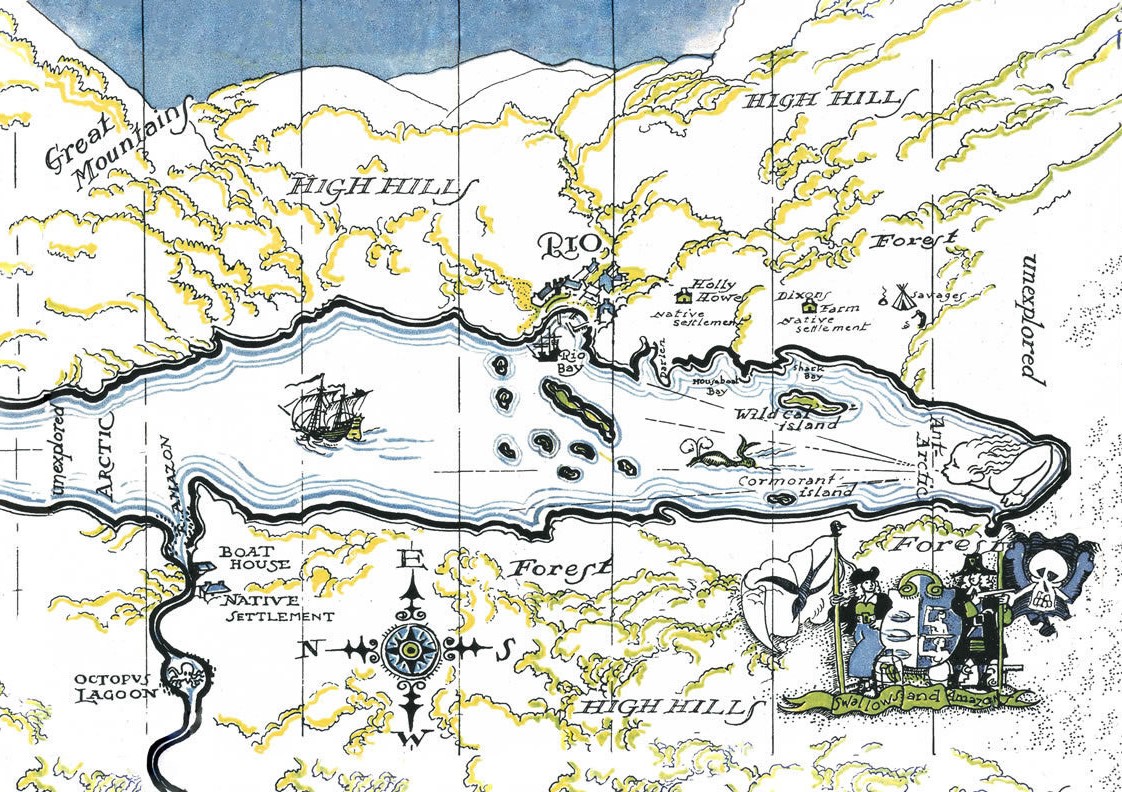 The map on the end papers of Arthur Ransome’s book of Swallows and Amazons, originally drawn by Steven Spurrier, is an inspiration to millions. I’ve gazed and gazed at it.

When I grew up and went to university, I took a course in cartography that was to stand me in good stead.  In the spring of 1992, I migrated to Southern Africa with the swallows and soon started drawing decorative maps.

I added small pictures of settlements, trees, animals, and always a compass with a black and white border to give the scale. In the process I was able to explore the most wonderful country. Most of my commissions have been of game reserves or great swathes of Africa.

I have mapped areas of the Okavango Delta in Botswana and the Waterberg Plateau in South Africa.

I travelled miles to complete one of the Malilangwe Conservation Trust in Zimbabwe and a map showing how to cross the Namib Desert on a horse. 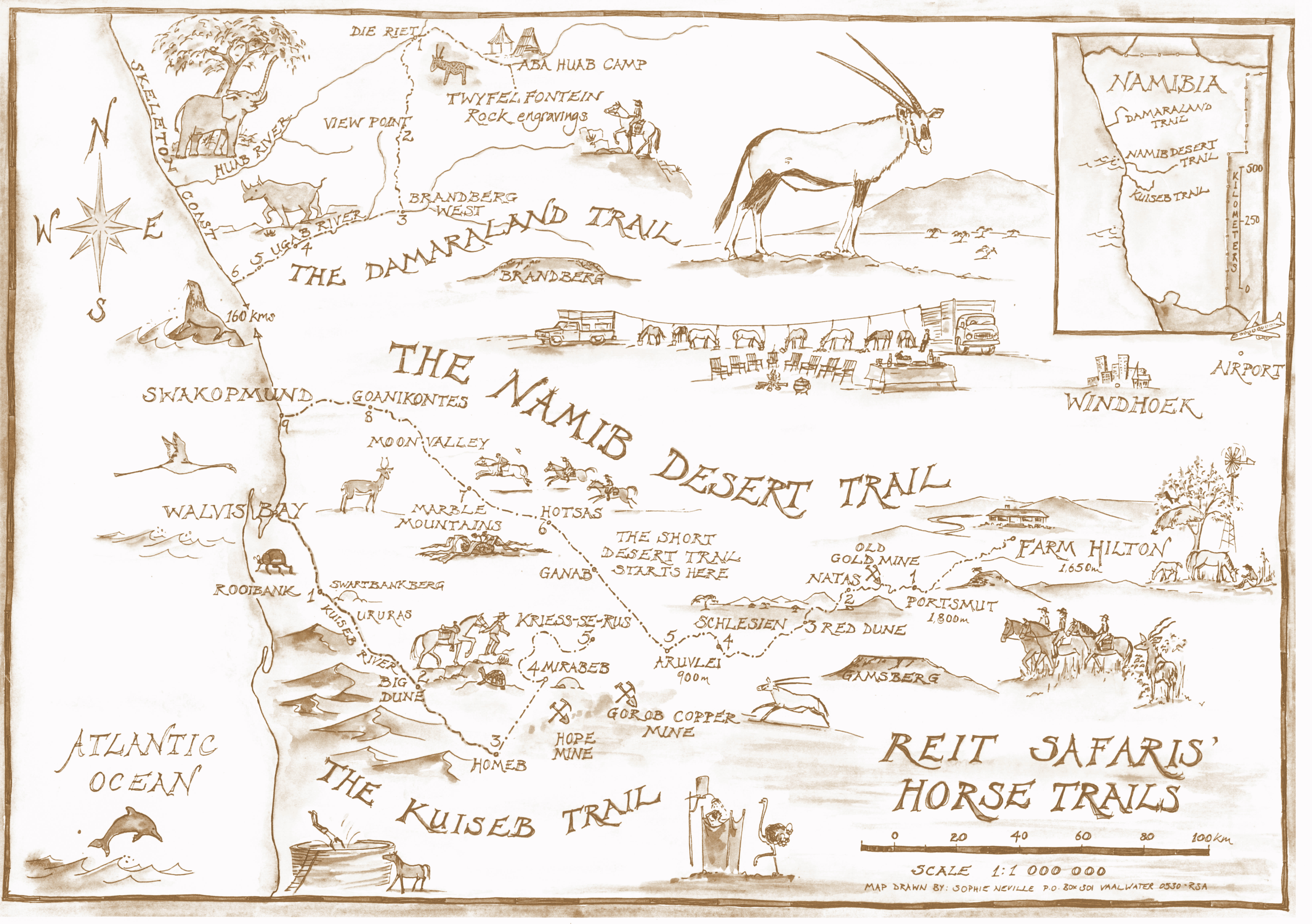 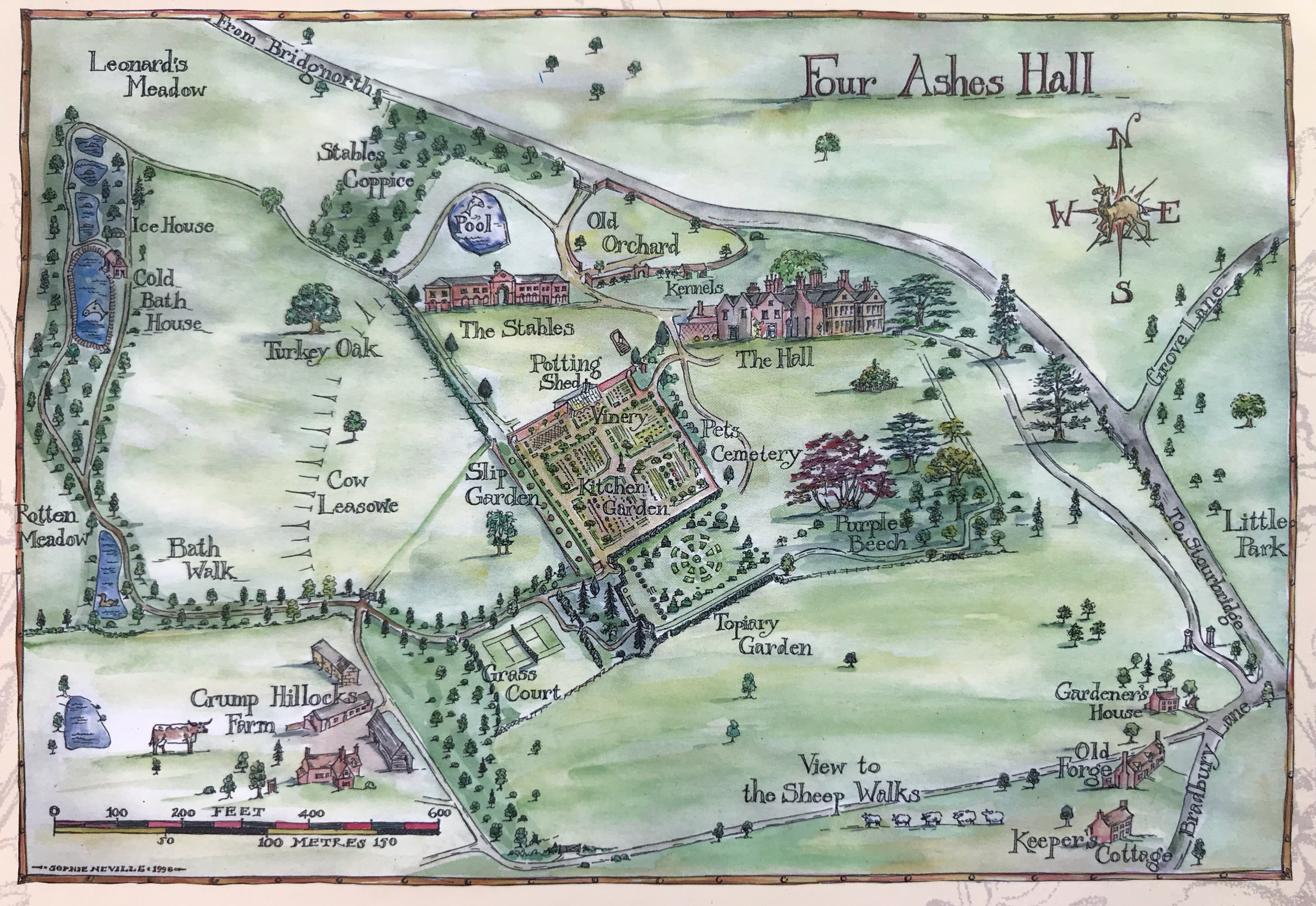 Some have been for charities such as Save the Rhino Trust, others for books, others for marketing holidays. 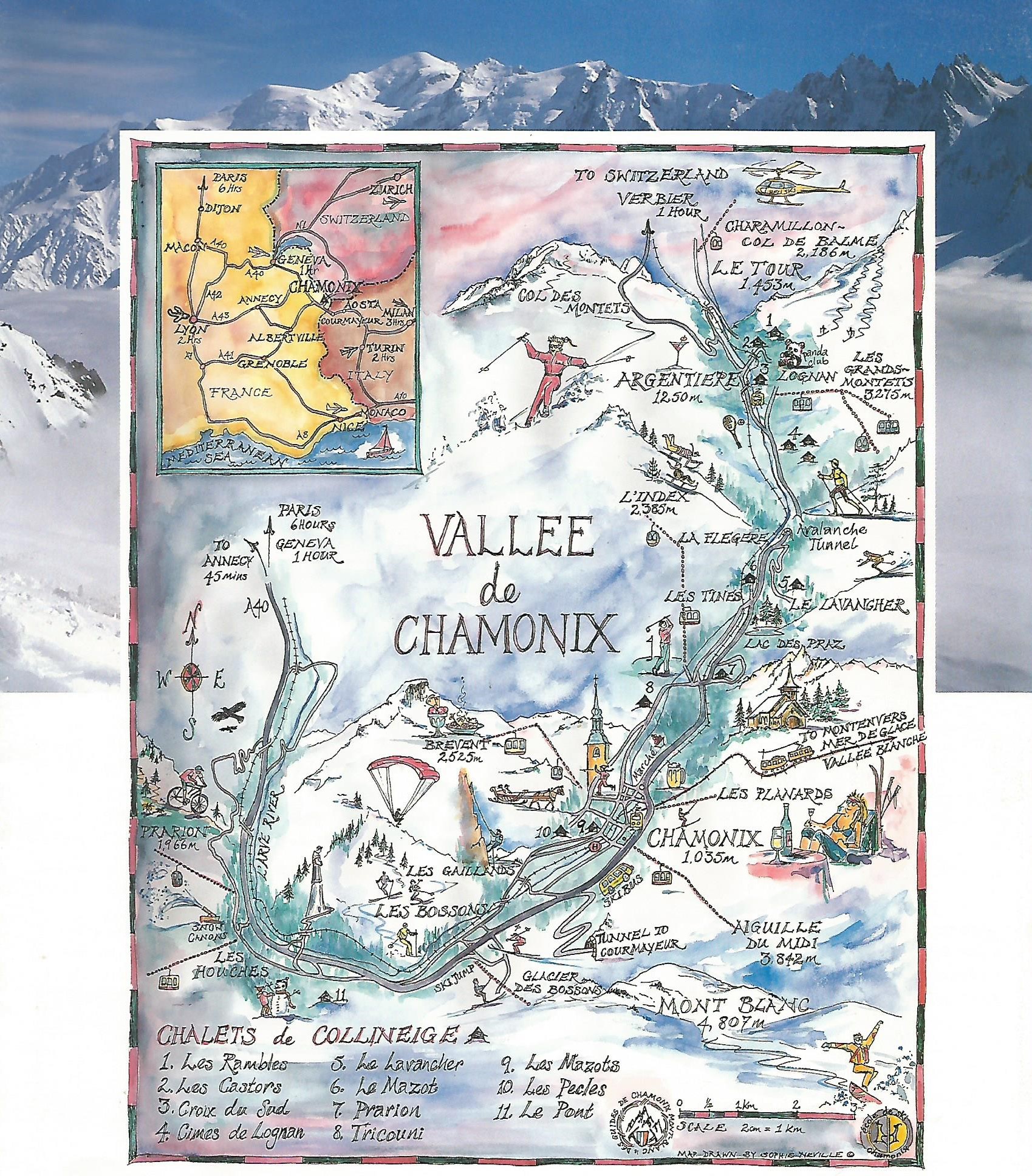 They all gave me the excuse to go on living a Swallows and Amazons life, camping in wild places and exploring wilderness areas – uncharted territory.

As I expect Titty would have done, I am now writing about these maps and the adventures I had in making them, currently putting everything together in a travel book call Ride the Wings of Morning.

I have a couple of very early maps in my first book Funnily Enough. These were just sketched in my diary but one is of Windermere, where I went with my father and the Steam Boat Association, so I think it would be of interest to Arthur Ransome enthusiasts.

I have since reproduced some of my own Swallows and Amazons maps on mugs, t-shirts and other items that make useful gifts, that can be purchased on line. You can find a selection here.

I used this map of the Swallows and Amazons locations on the front of the ebook on how we made the film, which has more within. It sells for about £2.99:

16 thoughts on “25th May ~ When I first started drawing maps”