On 19th August 2013, David Wood, who wrote the screenplay of Swallows & Amazons in 1973, took part on the Radio 4 show Quote…Unquote presented by Nigel Rees, an old friend of his from Oxford University. His fellow panelists were Matt Barbet, Katherine Whitehorn and Jenni Murray of Woman’s Hour.  The programme can be heard on BBC i-Player and will be repeated on Saturday 24th August.

The reference to Arthur Ransome is 17 minutes in. David does a wonderful impression of Evgenia Ransome with whom he met for a number of script meetings whilst working on the adaptation. Her husband had died in 1967 and her grasp on his literary estate was legendary. 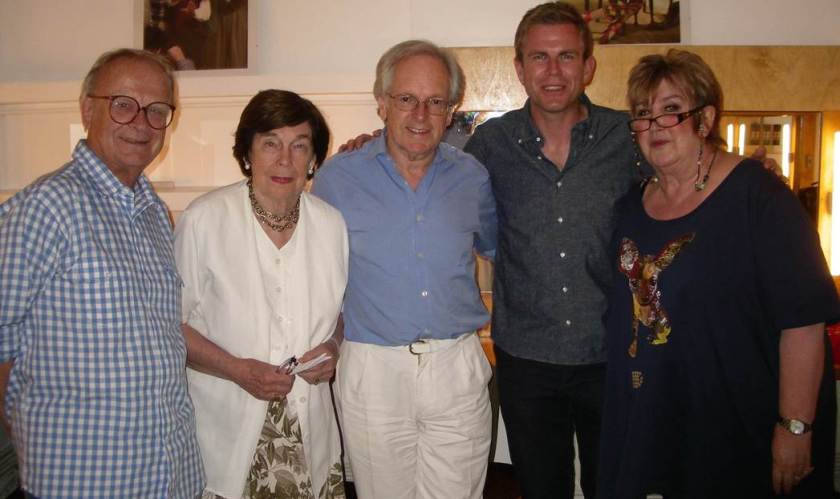 Here is the exact page of the script they were referring to: 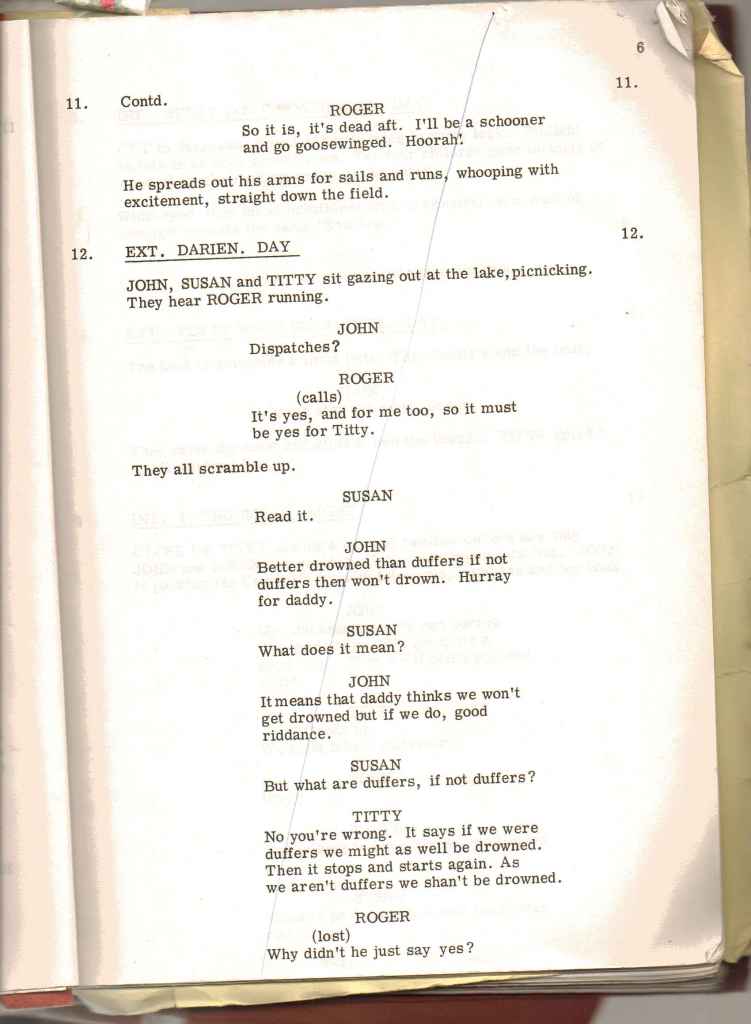 This was shot on location in the field below Bank Ground Farm in the Lake District. Richard Pilbrow, the producer, gave me a copy of this still, part of which was used on the front cover of both the Express and Daily Telegraph after the film was released in 1974.

Suzanna Hamilton wrote in her diary that David Wood came to visit us on location in Cumbria on 29th May 1973, as you can see in the contact-sheet photo above.  She had appeared in photo-captions illustrating a story called The Treasure Seekers that she thought he had narrated on the BBC Children’s programme Jackanory. David is not so sure, although he narrated three other series of Jackanony including The Hobbit, which is about to be released as a BBC CD. 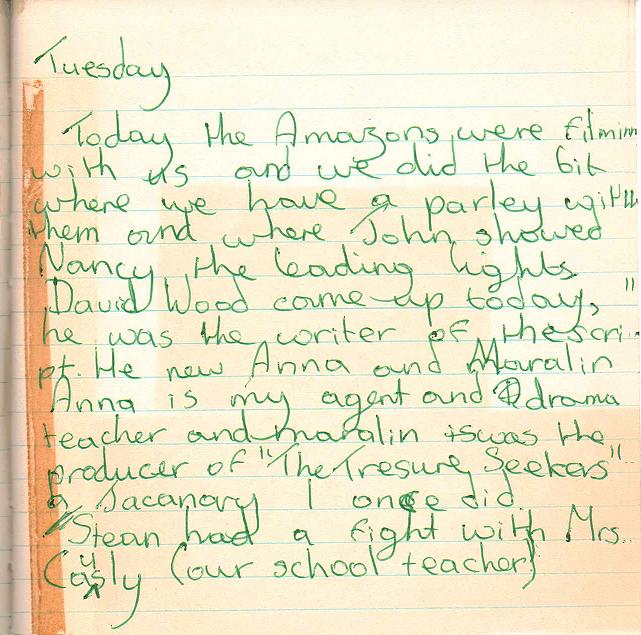 Here is another page from the screenplay of Swallows & Amazons (1974) with more stage directions than dialogue. 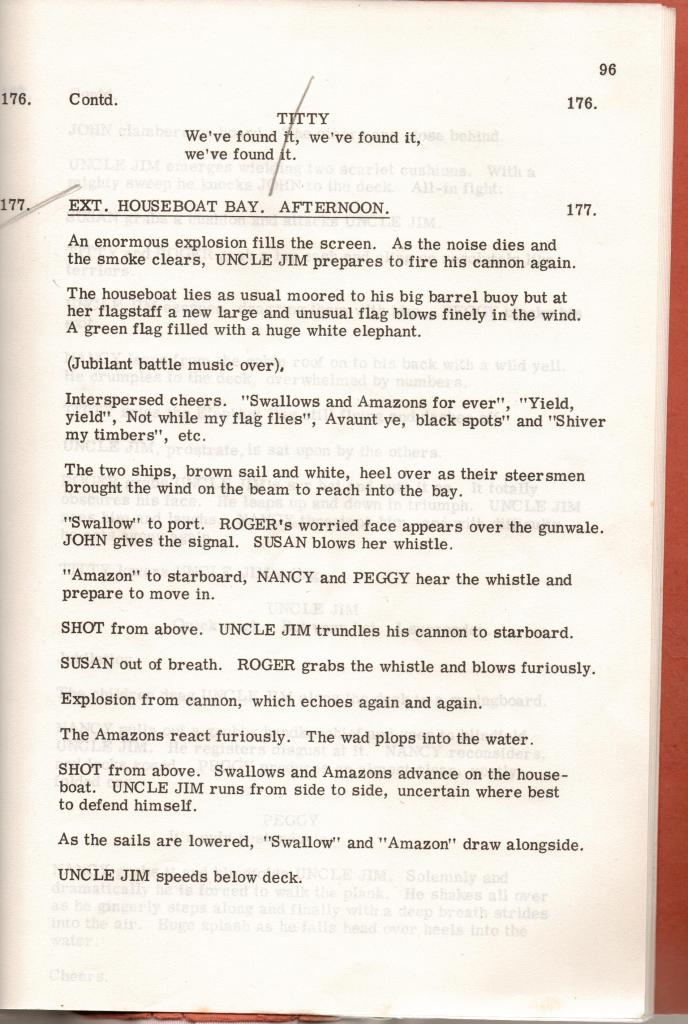 At the beginning of Nigel Rees’ radio programme there is a reference to The Gingerbread Man, one of David’s original theatre plays written for children. This was premiered at the Swan Theatre, Worcester in 1976. My mother appeared as Miss Pepper in a subsequent production at the Everyman Theatre in Cheltenham.