Titty was the name of an imaginative and ‘highly original’ little girl who Arthur Ransome first got to know in the Lake District when she was aged eight. I met her niece Barbara Altounyan recently. She was most amused that I had once played her Aunt Titty.

I’d brought Barbara some long lost family photographs that included some of Titty’s wedding in Aleppo. They are beautiful.

Titty on the arm of her father, Dr Ernest Altounyan in Aleppo, 1954

Titty on her wedding day with her husband Melkon Guzelian, her sister-in-law, her father Ernest Altounyan, her mother Dora and brother Roger, far right. You can also see Roger, Ernest and Dora below, with Roger’s wife standing far right.

There is also a more informal shot. 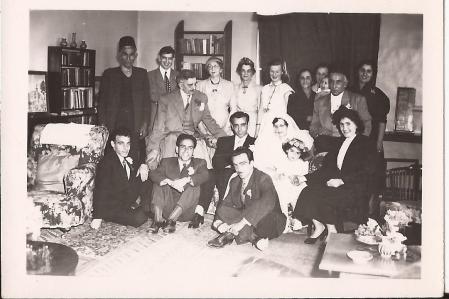 ‘Don’t you want to know about Titty?’ Barbara asked me. ‘She was a very detailed person and quite a perfectionist.’ I knew she was a wonderful artist who had studied under Henry Moore at the Chealsea School of Art, but was unwilling to ever attempt to sell her work. I was also told she also had long legs. I only hope that I have represented her well. 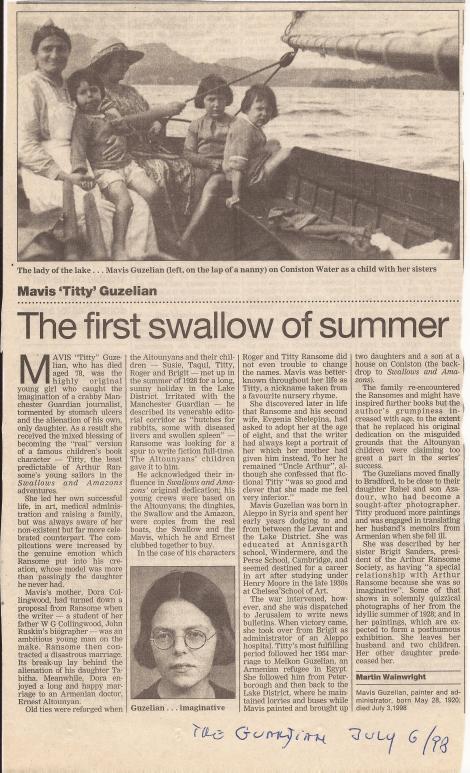 You can see a couple more family photos on ‘Secret Britian – The Lakes’ currently on BBC iPlayer at about 11.50 minis in. Those in the UK can view the programme here.