‘The Secret Life of Arthur Ransome’ is currently available for viewing on BBCiPlayer.

This beautifully made documentary, presented by Griff Rhys Jones, examines Ransome’s life as a war correspondent in Russia from 1913 to 1919 when he was close to the action and in dialogue both with Lenin and Leon Trotsky. It raises the question as to whether he was a British spy.

Hugh Brogan, Ransome’s biographer explains that Ransome had originally ran off to Russia to escape from his melodramatic wife, Ivy Walker, in 1913. After using his time to record Russian fairy stories, that can be read today in his book, ‘Old Peter’s Russian Tales‘, he was employed by a national British newspaper to report on events leading up to the Russian Revolution. Black and white archive footage, along with photographs Ransome took himself, illustrate this well.

The BBC’s erstwhile political correspondent John Sergeant, explains the significance of certain survival strategies Ransome used, such as using ‘his practical skill to outwit people’, over extracts from the original feature film ‘Swallows & Amazons‘, produced by Richard Pilbrow in 1974.

The scenes from the movie also show how the story Ransome wrote when back in the Lake District, was in many ways an outworking of feelings accumulated while he was working in Russia. By concentrating on his writing, he neglected his own daughter just as Uncle Jim was not around for the Blackett girls.

In the dramatised documentary, the beautiful actress Alina Karmazina plays Evgenia, the girl Ransome fell in love with while he was filing reports from Petrograd.  They later escaped over the border, trading her copper kettle for freedom of passage.

If the BBC had contacted Richard Pilbrow he would have been able to send them this letter. It was written to Neville Thompson, the online producer of the film, by Evgenia, who had become the second Mrs Ransome. It has never been published before. She gives the address as her retirement home near Banbury but it shows what kind of girl she was:

When Mrs Ransome saw the finished film in 1974, her only comment was that the kettle was of the wrong period.

The story of the Ransome’s escape from Russian has been told by Hugh Lupton, Arthur Ransome’s great nephew, who gave us a rendition at The Arthur Ransome Society meeting near Bungay. It can be listened to on CD, available on CD from Burning Shed. 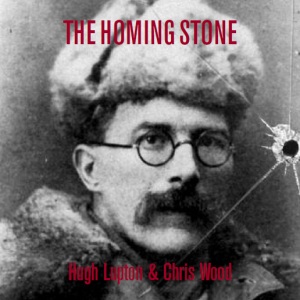