One way or another, much of my childhood and teenage years were spent hanging around on film sets. When I was fifteen I had the opportunity to work as a film editor’s assistant for Tony Woollard when he was editing Abide With Me, an adaptation of Winifred Foley’s childhood memoir, which was directed for BBC Television by Moira Armstrong. 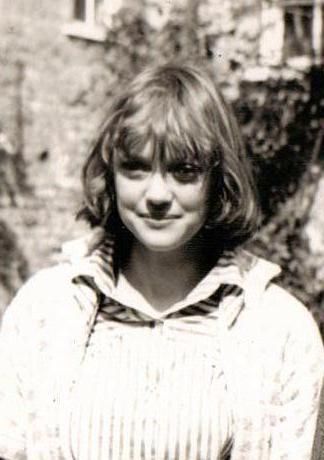 At the age of nineteen I found myself working for a prop buyer on a Saturday Night Thriller called Dark Secret that LWT, London Weekend Television, were making at my parents’ house. I was struck by how nice the technicians were.

Our house was often used as a film location. You can’t hear the noise of traffic there. For some reason this always involved hose pipes (to provide water for the location caterers) and parking a huge number of vehicles. Our house was turned into a restaurant for Dark Secret, and then became known as a love nest, for the BBC costume drama House of Elliot which amused my father.

My mother thought the best way to occupy us children during school holidays was to send us filming. I was forever driving my little sisters to one location or another. Call times could be hideously early.

My sisters weren’t always so sure about this but they were well paid, which was one thing. Appearing as supporting artists in Tenko, the BBC serial about female internees in the Far East during WWII, gave us an appreciation of what was like to be held captive. Apart from the fact that the location catering was good, it made one feel exactly like a prisoner of war, or rather a female civilian internee.

Dressed in rags with our hair filled with grease, we were unable to move far or even sit down anywhere except in the filthy sand of the prison camp. The only good thing was that we were allowed to sunbathe, albeit in costume. What I did gain was the opportunity to watch a film crew in action day after day. It was all good experience for a girl who was soon to become a film runner herself.