2.  Watch the DVD of ‘Swallows and Amazons Forever!’- the BBC TV adaptation of ‘Coot Club’ and ‘The Big Six’ and write (or little ones can dictate) an online review – here’s a link to the Amazon site. You can read about the children who appeared in the serial, for free, on this website.

3. Log on to Goodreads and write reviews of any Arthur Ransome books you have read. You could also post your review on other online sites such as Amazon.

4. Watch the DVD of ‘Swallows and Amazons’ (2016) and write an online review – here’s a link to the Amazon site. Into Film run weekly and monthly competitions. 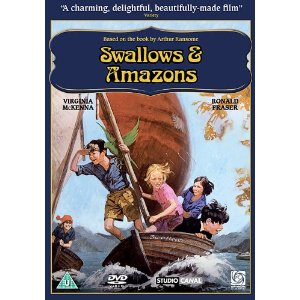 5. You may be familiar with the DVD of ‘Swallows and Amazons’ (1974). You can write an online review or send one to Into Film, as above. Here’s a link to the remastered 40th Anniversary edition with DVD Extras on the Amazon site. 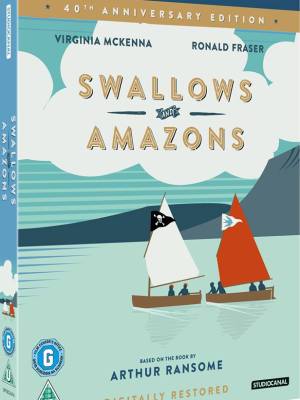 6. You can read about how this film was made on location in the Lake District in ‘The Making of Swallows and Amazons’ – do send in a reader’s photo.

It is available as an ebook under the title ‘The Secrets of Filming Swallows and Amazons’ for £2.99  You can read the first pages for free on the preview.

7. If you are interested in filmography or eager to understand the behind-the-scenes workings of a film set, you can compare the making of Swallows and Amazons (1974) as detailed in ‘The Secrets of Filming Swallows and Amazons‘ with the making of the 2016 movie, which has a DVD Extras package. See if you can identify technical aspects of film-making that have evolved over the last forty years, such as CGI and the use of green screens.

Do think of joining The Arthur Ransome Society. You could submit a book or film review for publication in one of their magazines. They run competitions and offer grants for young people keen on taking part in activities that would be dear to Arthur Ransome’s heart, from learning how to sail to story-telling.

4 thoughts on “Why not write a review of Swallows and Amazons? Rainy-day home schooling ideas for ages 8 to 15”