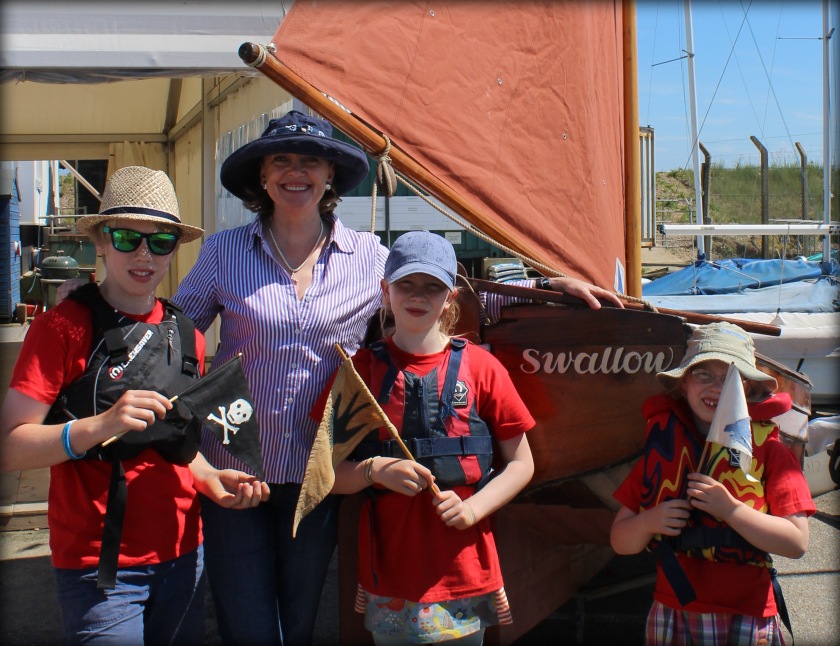 ‘Unlike other films, ‘Swallows and Amazons’ is within children’s reach,’ I’ve been told. It’s true. Any child can pretend that their bed is a sailing dinghy taking them to a deserted island. And when you are a little bit older – it’s not impossible to join a sailing club or go camping.

We took Swallow to join the Aldeburgh Junior Lapwings on the River Alde in Suffolk.

One intrepid sailor had bought her own Lapwing for £100, raising the money by busking in Aldeburgh High Street. Tilly renovated and varnished the clinker-built dinghy herself.

She can be seen here teaching the younger children how to owl hoot, playing ‘What Shall We Do With The Drunken Sailor’ on her thumbs.

The children went fishing for crabs, which they later raced down the slipway. 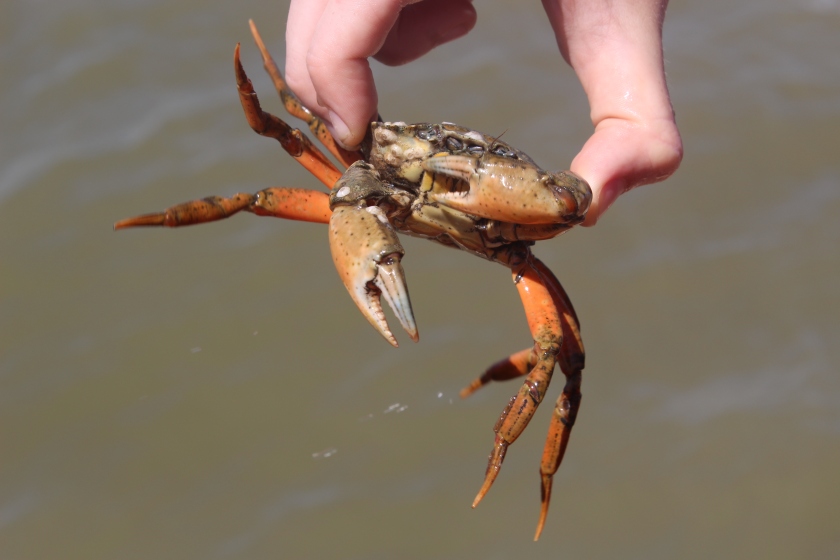 before sailing back to camp by the mud flats, cooking out in the open and sleeping in tents.

They launched their dinghies, raised their red sails

and headed off, catching the tide.

Swallow, the dinghy used in the 1974 film ‘Swallows & Amazons’ acted as flag ship.

You can find ideas for Swallows and Amazons themed parties and presents here. 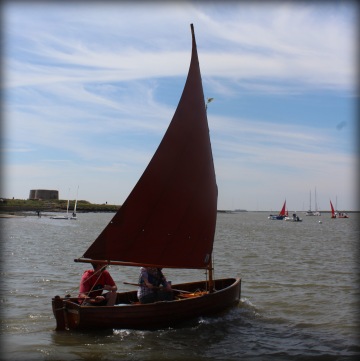 9 thoughts on “Bringing ‘Swallows and Amazons’ within reach”