If you are interested in the cast of the 1974 movie ‘Swallows & Amazons’, you can find out more in the paperback or kindle edition of ‘The Making of SWALLOWS & AMAZONS’  or the £2.99 ebook  ‘The Secrets of filming SWALLOWS & AMAZONS’ both by Sophie Neville who played Titty Walker.

You can read the first three chapters for free here

If you want to see what Sophie Neville, who played Titty Walker has been doing, please click here.

If you are interested in the BBC serial of ‘Coot Club’ and ‘The Big Six’, originally titled ‘Swallows and Amazons Forever’ please read on.

It is almost thirty years since we made the BBC adaptation of Arthur Ransome’s books Coot Club and The Big Six on the Norfolk Broads.  The eight-part drama serial was filmed over three months during long hot summer of 1983. You can see from our faces how everyone made the whole experience enjoyable. It was ten years after we had made the movie ‘Swallow & Amazons’ but the atmosphere and the camaraderie felt similar.

Caroline Downer, who played Dorothea Callum so professionally, finally took out her plaits for good and returned to school – her real school rather than the boat where she had received lessons whist we were filming. She had done so well, holding her own with a cast made up predominantly of boys by the time we started filming The Big Six. A year or so after the series was broadcast she wrote to me of her plans for the future.  I am ashamed to say that I was so busy working on Doctor Who that I didn’t reply. I can’t think why I tarried. She was far more important to me than Doctor Who. Caroline now teaches drama, is an LRAM examiner and puts on the most wonderful musicals. Hopefully she can draw on something of what she learnt during those months in East Anglia spent working with so many great British actors.

Despite the pressures and stress of filming, nothing flustered Henry Dimbelby. He was easy-going and optimistic – great fun to have around. He had no ambition to act but did such a good job. His parents were wonderful. Instead of going to Devon, where they kept a gaff-rigged boat, they rented a house on the North Coast of Norfolk for their summer holiday in 1983 so as to be near our locations. I remember driving Caroline and Henry up on a unit day off only to find Jonathan Dimbelby there too, with his wife Bel Mooney who I chatted to when we went for a walk before lunch.  On the kitchen table back at the house was a huge colourful sausage and pasta salad made by Josceline Dimbelby, Henry’s mother. It was the first home-cooked meal I’d had for weeks, and was hugely appreciated.  I was mesmerised by the colours and textures, the whole inventiveness of a salad made for a large family.

While Henry’s grandfather, Richard Dimbelby the World War II correspondent, went into newspapers and his father, David Dimbelby, worked for the BBC as a News reporter, presenter and commentator,  you could say that Henry followed his mother. He trained as a chef – and became an innovative one, producing books on food and appearing on the occasional cookery program. In 2004 he opened Leon, the restaurant in Carnaby Street in central London that specialises in serving seasonal fast-food that is both delicious and good for you.  Founded with Allegra McEvedy and John Vincent, Leon soon became popular. It was awarded ‘Best New Restaurant’ at the Observer Food Monthly Awards six months after opening. I believe Henry and his partners now have a chain of ten outlets and that their recipe books are an inspiration to many.

Claire and Sarah Matthews, the twins who played Port and Starboard in Coot Club, went on to play Eve and Alexandra in the 1984 TV mini series Master of the Game , which starred Angharad Rees, David Suchet and Fernando Allende. They still live in Sussex and are very close. Claire has taken up running in all weathers.

The Walpoles have written in! It was so good to hear from them. Nicholas Walpole, who played Joe, joined the Royal Navy and served on HMS Roebuck from 1989-90 as a survey recorder. A friend of his said he was teased mercilessly on board about his acting background. Many-a-time a chorus of ‘Swallows and Amazons forever’ would ring out when he walked into the Mess. Nik is now married, lives in Coventry and has three grown up children, one of whom wants to act. His mother still enjoys living in rural Norfolk. You can read their comments at the bottom of previous posts.

I am afraid that I haven’t seen Simon Hawes, who played George Owden, or the other boys from Norfolk since we finished filming. They did so well. Playing a baddie isn’t easy even with Make-up and Hair Department straining to help. 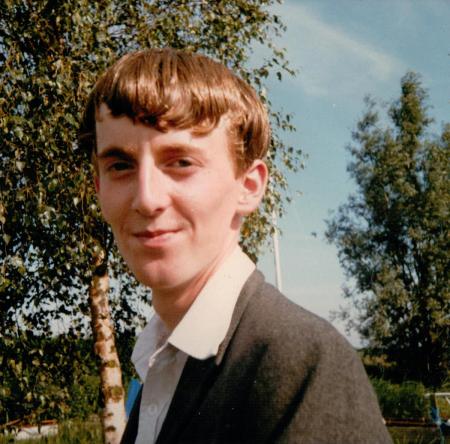 Richard Walton, who played Dick Callum, now lives in Los Angeles – he has written in, below. Mark Page, who played Bill, now lives on the coast of Turkey. I wonder if taking part in the BBC serial influenced their decisions to emigrate.

We spent long days together, often out on the water.  Someone once explained to me that when you are camping and gadding about in boats, generally leading an Arthur Ramsome style life, you tend to laugh more. As a result more  endocrines get released into your system, relationships are forged and bonds made. It has to be said that the boy who made us laugh more than anyone else on the film crew was Jake Coppard, who played Pete, the shortest of the Death and Glory boys.  Although the character he played could be serious Jake was always finding something amusing or someone to imitate.  Sam Kelly got on with him particularly well, helping him through the scene when Pete falls in. 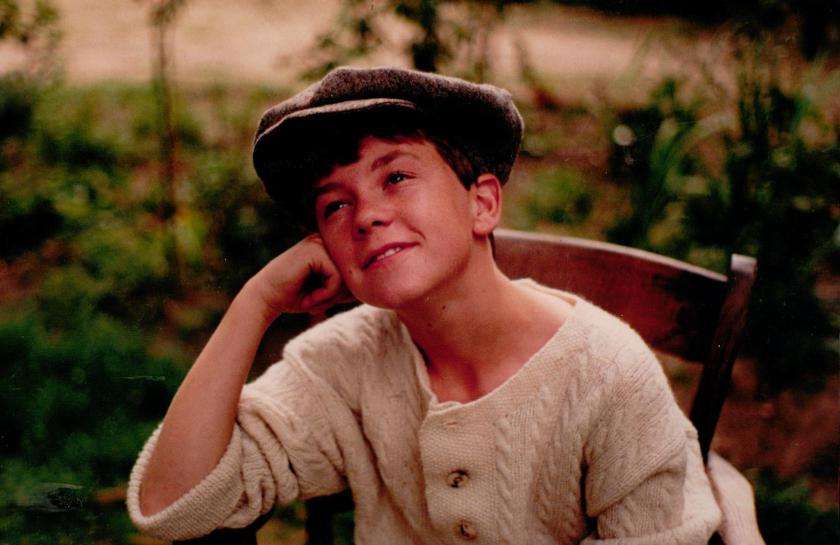 Jake was such a talented actor. I gather he went on to appear as Charlie in a television drama directed  by Tony Virgo called Travellers by Night (1985) , which featured Neil Morrissey who became so well known when the comedy series Men Behaving Badly proved a success. The lead role of Mrs Baker in Travellers of the Night was played by Jo Rowbottom who, by coincidence, had played Katie Leigh, Simon West’s mother in Sam and the River back in 1975.

47 thoughts on “What are they doing now? The children who appeared in ‘Swallows and Amazons Forever!’ ~ the BBC adaptation of ‘Coot Club’ and ‘The Big Six’”