If you have ever wondered what Nancy Blackett is doing now – here she is. Built by Hillyards of Littlehampton in 1931 she was bought by Arthur Ransome with royalties from Swallows and Amazons and became both the inspiration and model for his book about the Swallows’ unplanned voyage to Holland ~  We Didn’t Mean to go to Sea, in which she was known as the Goblin. She also appears in Secret Water.

I was at the Royal Harwich Yacht Club to give a talk on making the BBC adaptations of two other Arthur Ransome books set in East Anglia, Coot Club and The Big Six.

I thought that people would rather be out in the sunshine or watching the Wimbledon finals but it was well attended. 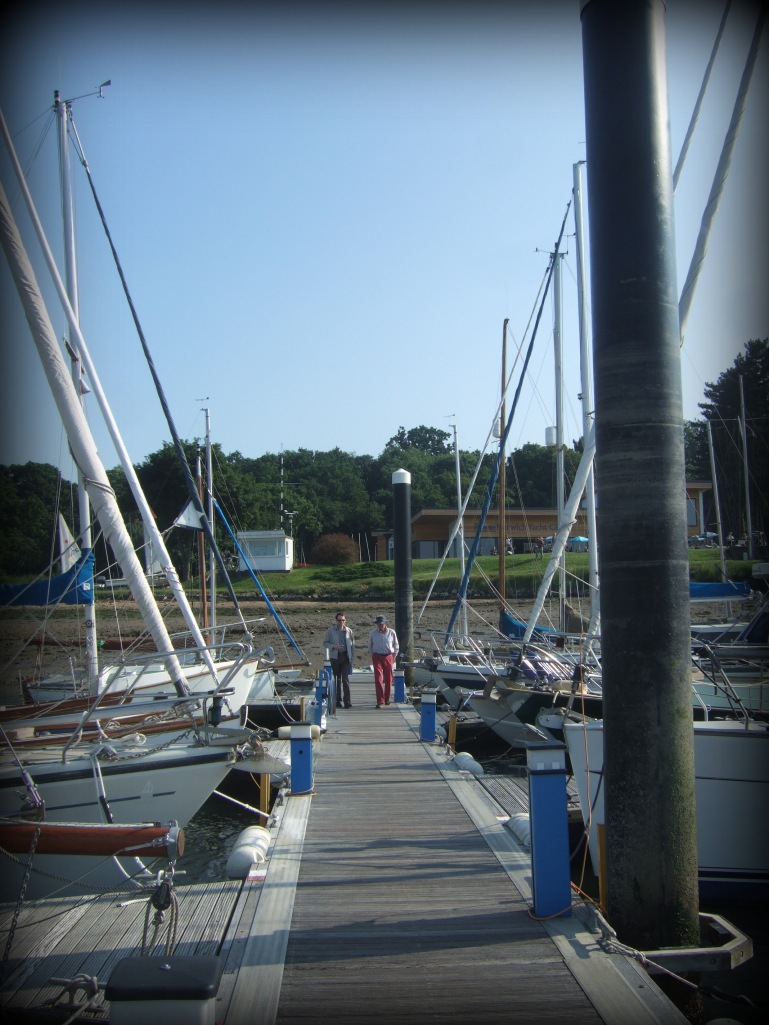 After watching a clip of Ginger and Rosa, the BFI/BBC feature film directed by Sally Potter that Nancy Blackett starred in last year, we wandered down to the jetty in front of the new club house, and grabbed a chance to go out on the Orwell.

Soon sails were being hoisted and we were underway, sailing down river in the evening light.

Conditions were perfect for Nancy, a 28 foot Bermurdan cutter. 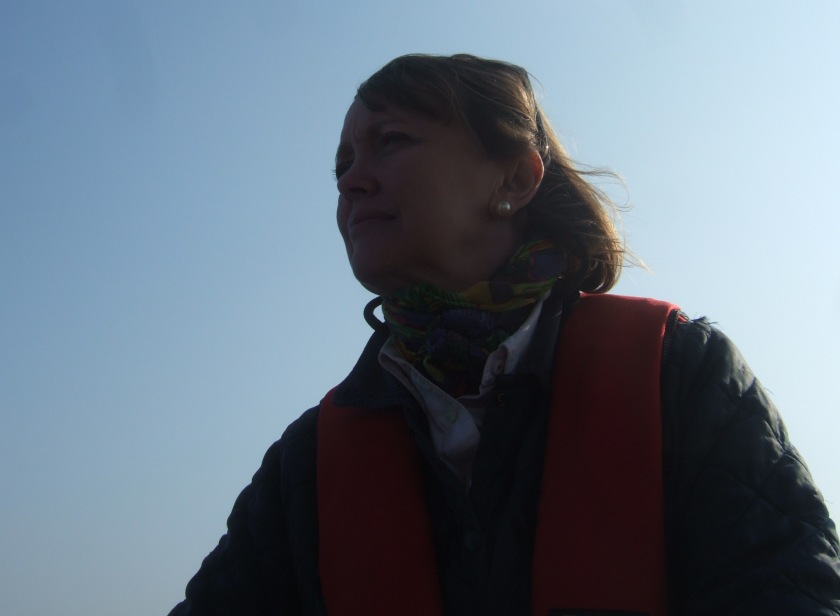 I took the helm, whilst the others did the hard work.

We were soon sailing past Pin Mill, which also features in the book.

Some members of the crew were experienced sailors,

others had previously managed to avoid spending much time on the water, but we all had a wonderful experience and were sad when the sails were stowed for the night.

We saw a couple of Thames barges also coming in, as Nancy settled down after a successful day. 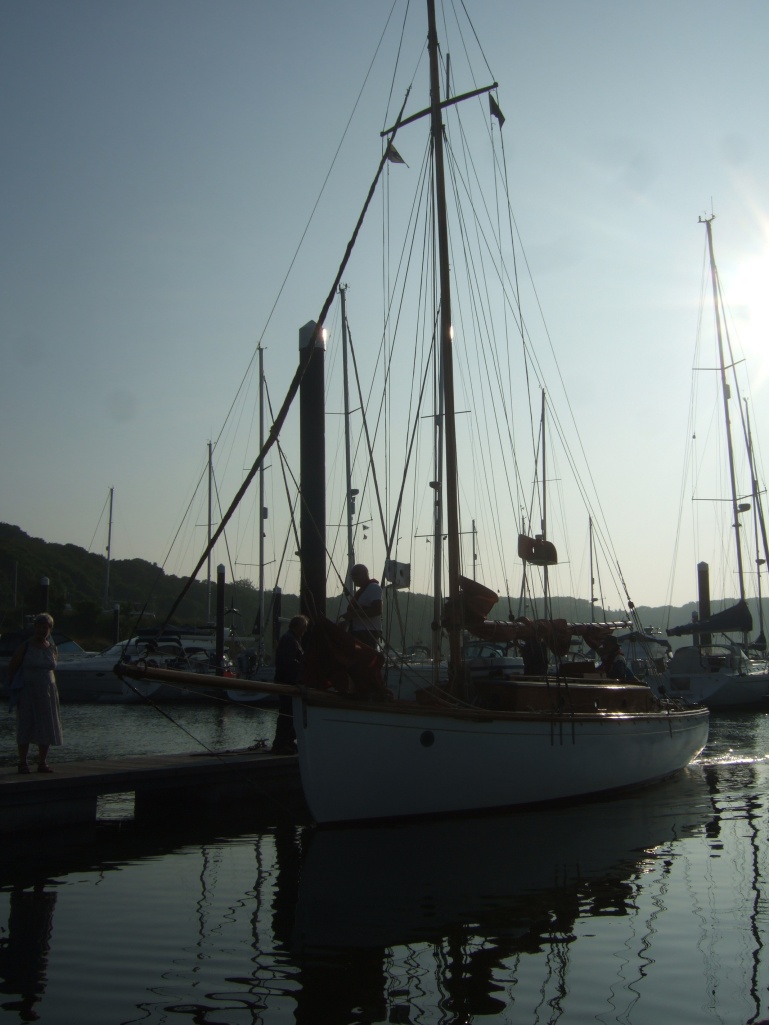 5 thoughts on “Sailing the Nancy Blackett”