I was told the beach was free of litter. It took me ten minutes to fill my builder’s bucket with flotsam. Do people simply zone out sea plastic and litter?

Some was old, but how long have PPE masks like this been floating around the Solent? I found two, along with the usual plastic bottles.

It is interesting to count and categorise what you find. The Marine Conservation Society list: litter, sewage and fishing gear but the reality can be hundreds of small pieces known collectively as micro-plastics.

Picnic litter is inexcusable.  With a well-designed bin near the gate to the beach there is no excuse for this, although some plastics, such as the straws and bottle-tops, may have floated in on the tide.

Cotton bud stalks and plastic tampon applicators classify as ‘sewage’ since they are flushed down the loo with things too revolting to photograph – and yet this is where our children play. 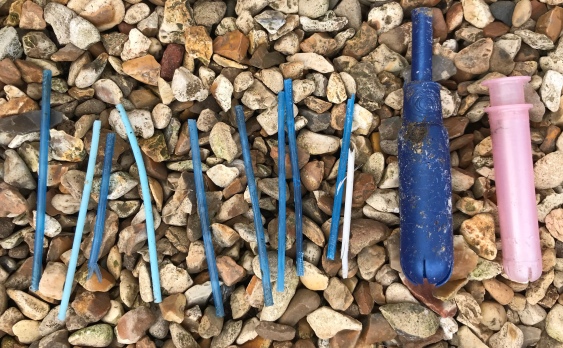 Fishing line makes up the majority of plastic pollution in the seas. We found an angler’s hook and line as well as commercial netting and floats. The fishhook, lying on the float, caught on my own finger. 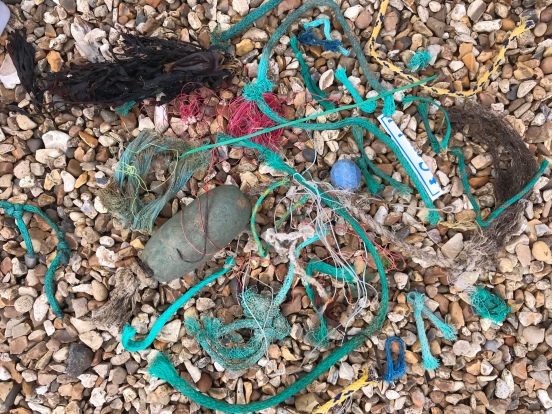 We tried digging out one section of PVC rope but failed and had to bury it.

The reward for our work was finding a killer whale, a toy orca.

Since ‘Baby Shark’ has been popular in our family, this made our spirits soar, coming almost as a thank you from the sea. 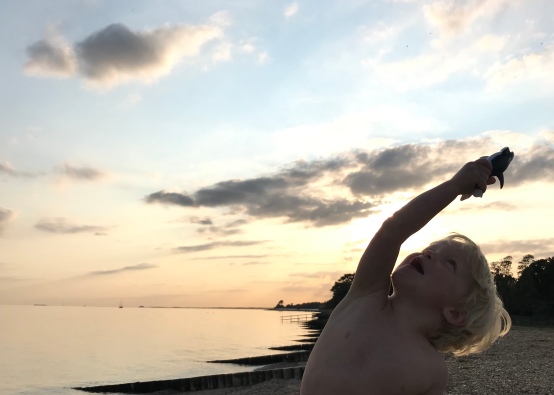 We returned two days later to find half a bucketful of assorted detritus had either come in on the tide or been missed in earlier searches. Spotting a toy soldier amused me this time. I’ve found a couple of others further along the Solent coastline with in the New Forest National Park.

One thing is certain. I can no longer walk along the shore without collecting as much plastic pollution as I can carry. It always proves fun and gives us a sense of purpose higher than ourselves.