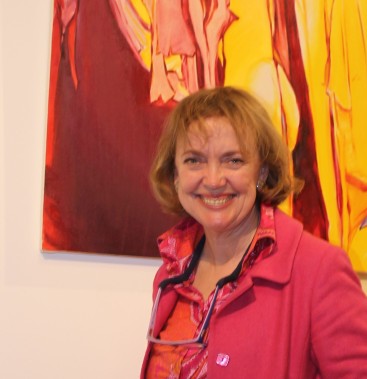 Describe a typical Christmas Day in your household.

We scuttle off to our village church where people have gathered to celebrate the birth of Jesus for over a thousand years. Tears well in my eyes when I think of the joy and laughter, the disappointment and pain that has been brought there through the ages. We return to a bizarre Christmas tree, made from a holly bush covered in baubles, and light the fire to help bind us together as a family.

Which was your best Christmas – and why?

Last year I spent Christmas in Africa, where my next book ‘Makorongo’s War’ is set. We sat watching wild animals in the golden evening light.

What has really made my Christmas this year was having ‘The Making of Swallows and Amazons’ listed as a recommended book alongside John le Carre, Winston Grahma and Matt Haig

Who do you think would make the most entertaining guest to invite to Christmas dinner – and why?

Funnily enough it’s my aunt Hermione who makes Christmas and New Year fun but she lives on Loch Lomond, 500 miles north from where we live on the south coast.

What was your best Christmas present as a child?

My father gave me a read leather writing case when I was twelve. ‘The Making of Swallows and Amazons (1974)’ is based on the I diary kept inside it.

What is your favourite carol?

You’ll have to read my book Ride the Wings of Morning about the time we sang Silent Night in Afrikaans. We had a poor translation. Heavenly sausages descended on Bethlehem.

What is your favourite festive ramble for walking off all the mince pies and turkey?

We’ll take my lurcher Flint for a walk by the sea, a social activity as many of my friends have dogs.

If you could spend Christmas Day anywhere in the world, apart from at home, where would it be – and why?

I’d love to bring my whole family up to the Lake District for Christmas so Aunt Hermione could join us. Perhaps we should go with Flint next year.

Mary gave birth to her firstborn son. She wrapped him snugly in strips of cloth and laid him in a manger, because there was no lodging available for them.

That night there were shepherds staying in the fields nearby, guarding their flocks of sheep. Suddenly, an angel of the Lord appeared among them, and the radiance of the Lord’s glory surrounded them. They were terrified, but the angel reassured them. “Don’t be afraid!” he said. “I bring you good news that will bring great joy to all people. The Savior—yes, the Messiah, the Lord—has been born today in Bethlehem, the city of David! And you will recognize him by this sign: You will find a baby wrapped snugly in strips of cloth, lying in a manger.”

Suddenly, the angel was joined by a vast host of others—the armies of heaven—praising God and saying, “Glory to God in highest heaven, and peace on earth to those with whom God is pleased.” When the angels had returned to heaven, the shepherds said to each other, “Let’s go to Bethlehem! Let’s see this thing that has happened, which the Lord has told us about.”

They hurried to the village and found Mary and Joseph. And there was the baby, lying in the manger.  After seeing him, the shepherds told everyone what had happened and what the angel had said to them about this child. All who heard the shepherds’ story were astonished, but Mary kept all these things in her heart and thought about them often. The shepherds went back to their flocks, glorifying and praising God for all they had heard and seen. It was just as the angel had told them.   Luke 2 v 7-20

The cultural background is that in when Shepherds identified a perfect newborn lamb for sacrifice, they wrapped it in strips of cloth and laid it in a manger to keep it clean. When they saw Jesus in this situation, they would have immediately identified him as a sacrificial lamb. 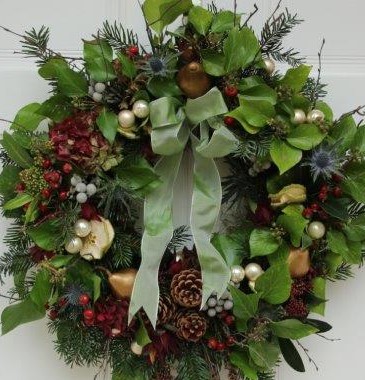 3 thoughts on “My Christmas”