THE MAKING OF SWALLOWS AND AMAZONS (1974) 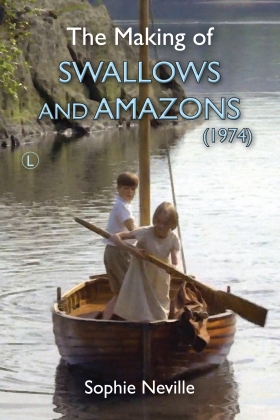 ‘Sophie Neville, who played Titty in the film… has revealed the behind-the-scenes secrets in her new book’ – The Telegraph

‘a heart-warming account of making the movie’ – The Daily Mail

‘extraordinary and very much loved’ –The Times

Available direct from the publisher, on Amazon.co.uk and Amazon.com and other Amazon sites, from Waterstones, the Aldeburgh Bookshop and all good bookshops, suitable for all ages. Signed copies help raise funds for the Nancy Blackett Trust, who stock them in their online shop.

THE SECRETS OF FILMING SWALLOWS & AMAZONS (1974) 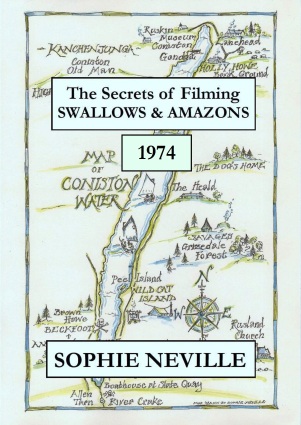 Sometimes extraordinary things do happen to ordinary people. Little girls can find themselves becoming film stars. Long ago, and quite unexpectedly, I found myself appearing in the EMI feature film of Arthur Ransome’s book Swallows and Amazons, made for a universal international audience. I played Able-seaman Titty, one of the four Swallows. Perhaps it would be more accurate to say that I became Titty for a while, wearing thin cotton dresses and elasticated navy blue gym knickers, which the camera crew soon referred to as passion killers. The book was written in 1929 and although the film adaptation was made in the early 1970s it had an ageless quality and has been repeated on television year after year.

‘Forty years after she exchanted film-goers as Titty in Swallows and Amazons, Sophie Neville has found a new audience with an ebook telling behind-the-scenes secrets…’ – The Daily Mail

“I could not put it down! …I think the maps are brilliant, right in character….IT’S LOVELY!!!” – Roger Wardale, biographer of Arthur Ransome

“A “treasure trunk” of insights into the making of the film.” – Arthur Ransome Trust

“I enjoyed the book so much, I read it twice!” – Peter Wright Chairman of The Arthur Ransome Society Literary Weekend.

“You write so well and have so much covered. I really really laugh reading this!  The missionary bit is superb. Moving. Quietly so.” – Suzanna Hamilton, (Susan in SWALLOWS & AMAZONS (1974))

When Sophie falls ill on the set of a television drama she finds herself forced to take stock of her life. It sounds like a novel. But it isn’t. Suspecting Chronic Fatigue Syndrome, Sophie’s doctor at the BBC prescribes an extraordinary treatment: write a diary. So, armed with watercolours and with the support of her family in rural Gloucestershire, she sets out to record a spiritual journey, which proves at times funny, poignant and uplifting.

Funnily Enough was serialised in the national magazine iBelieve as a double-page feature for 11 months #1 in Humour on Kindle UK sales. #2 in free Kindle UK sales – all categories.

“It was agreed among all the judges that you write with great style and insight and are a worthy winner.” –The International Rubery Book Award 2013

RIDE THE WINGS OF MORNING 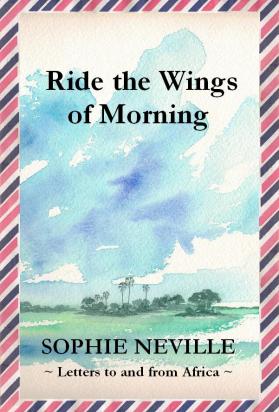 A conventional English girl arrived in South Africa to help a friend run horseback safaris on a game reserve in the Northern Transvaal. It was 1992. There were yellow road signs declaring ‘Dit is die Volkstaat’.

Sophie had heard of ‘biltong’ but knew nothing of Afrikaans culture. She was aware of poachers, but not of the danger of sausage trees. Nor how to cook a gemsquash on the campfire without causing an explosion. She understood there were rhino on the reserve, but not that she would end up working as the safari guide. In the dark. On a stallion. Lost. With completely innocent tourists on other horses.

Armed only with a paintbrush, she set off on various adventures into the wilderness, to illustrate the beauty, diversity and warmth of the great continent. This upbeat true story, the sequel to her book ‘Funnily Enough’, is told through correspondence sent back and forth between Sophie Neville and her family in England. 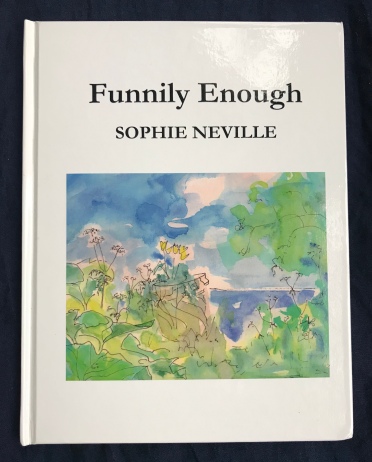 Suspecting Chronic Fatigue Syndrome, Sophie’s doctor at the BBC prescribed an extraordinary treatment: write a diary. Although her family, friends, dogs and otters tended to get in the way, she  found an old set of watercolours and set out to record her journey back to health.

This abridged version, comprised of humorous anecdotes, colour illustrations plus pen-and-ink drawings, is designed specifically to cheer up those currently in the doldrums of ill health. 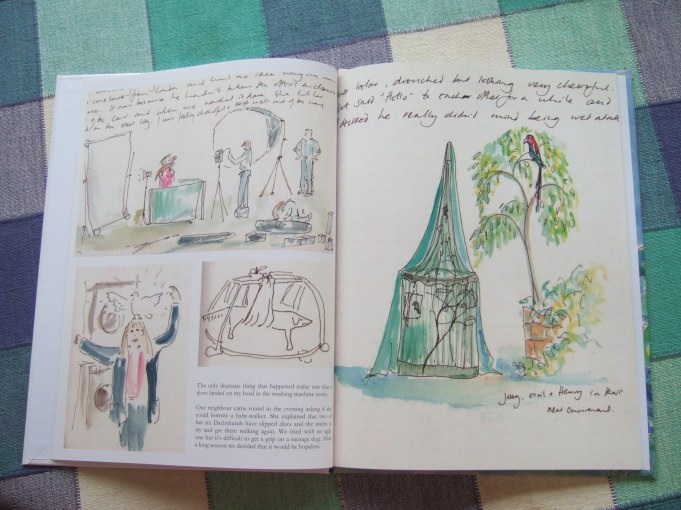 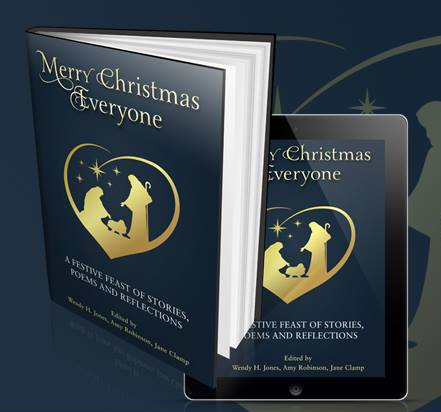 In this collection of short stories and reflections on Christmas, Sophie Neville questions why the angel of the Lord brought news of the Messiah’s birth to people engaged in caring for very stupid animals. She discovered it was outside Bethlehem that shepherds employed by the High Priest reared sheep for sacrifice in Jerusalem. They would choose a perfect lamb, wrap it in swaddling bands to clean it clean and lay it in a natural dip in the rock they called ‘Manger’.

Available in paperback and on Kindle

Foreword to An A-Z: Cumbria and the Lake District on Film’ pub by Hayloft Publishing nominated for The Lakeland Book of the Year Award 2017 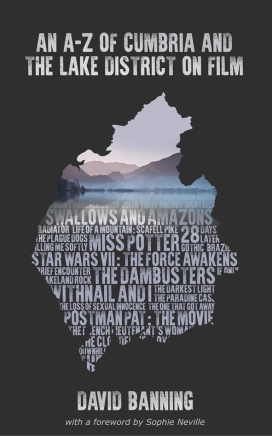 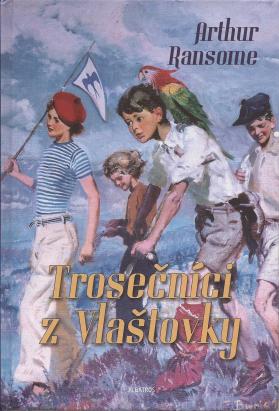 Foreword to ‘Swallows, Amazons and Coots’ by Julian Lovelock pub by The Lutterworth Press, 2016 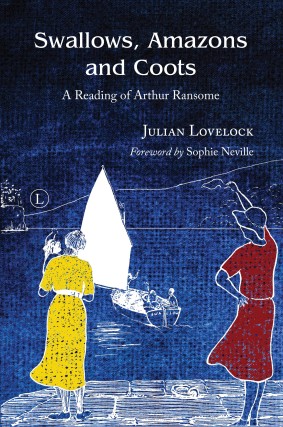 Sophie Neville is a participant in the Amazon EU Associates Programme, an affiliate advertising programme designed to provide a means for sites to earn advertising fees by advertising and linking to Amazon.co.uk