‘I bought a signed copy of The Making of Swallows & Amazons and have just finished reading it. It’s a lovely, flowing read and I loved all the interesting details, especially chapters 12 to 18 in the later half of the book… I shall treasure it.’ Nigel

‘I am thoroughly enjoying reading your diary entries and hearing how life was on set etc… All the things I have always wanted to know about the film are in the book! I do hope you have lovely memories of all the locations you filmed at, especially Bank Ground Farm. Jonathan, who now owns the place and does all the farming has made my family and I very welcome indeed! (only) we can not tack up the field as they are growing it for Silage!!!! Thank you for inspiring my family and I so much! Yours sincerely, Benjamin’ (aged 10) ‘P.S. We’re off to Wild Cat Island tomorrow!’ 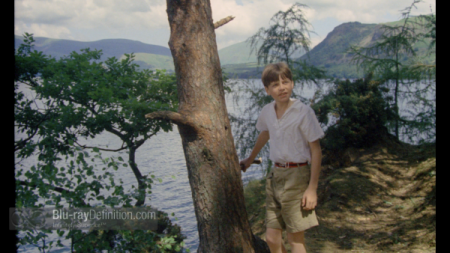 Simon West as Captain John by the lighthouse tree

‘All of your recollections are insightful and tinged with humour (as always). In particular the story about Mrs Batty locking out the film crew and all the Cumbrian characters that were involved in the film. I didn’t know George Pattinson appeared in the Rio scene either, and I can just imagine the giggles you must have had when watching the double-deckers playing footsie with one another!’ David. 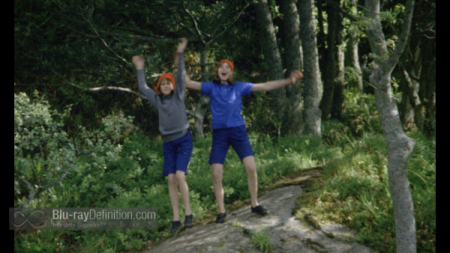 ‘This book has rekindled my interest and memories from the 70’s when I first saw the film and read all the books, so well written and very entertaining, in some ways it ll seems a long time ago but this book makes it seem like yesterday! Thoroughly recommended.’ Richard on Amazon.co.uk

‘Just wanted to say how much I am enjoying The Making of Swallows & Amazons. What a wonderful time you all had… I have all the books & love the film & TV series Coot Club and The Big Six, so it’s fab to read about them.’ 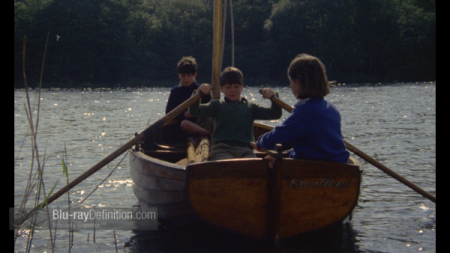 Dr Frankland and I were both Liverymen of the Worshipful Company of Drapers, so found ourselves seated together in all sorts of places from St Paul’s Cathedral to a bus heading for Romford. Always chatty and full of enthusiasm, Bill was an endless source of interesting stories. He gave me detailed insights on WWII, when he served as a medical officer in the Far East, becoming a PoW to the Japanese after Singapore fell and gallantly agreed toHe became the historical adviser on my next book, ‘The Man Who Got Out of Japan’. To my astonishment I found myself noting down the actual dialogue used in PoW camps. He could remember the exact words used by the Japanese. I was not be surprised to see he’d been invited to the premiere of ‘The Railway Man’, the movie of Eric Lomax’s wartime experience starring Colin Firth and Nicole Kidman. He also attended the 70th Anniversary VJ Day memorial at Horse Guards Parade with other British and Commonwealth veterans.

Bill grew up in the Lake District with his identical twin brother, who sadly died some time ago. He was a good friend of Roger Altounyan and knew his sister Titty. Along with their other three siblings, Taqui , Susie and Brigit, they had been models for the Walker family in Arthur Ransome’s book ‘Swallows and Amazons’. After he began working as an allergist, Bill became a colleague of Roger who developed the Intal spin-inhaler to relieve asthmatic symptoms. 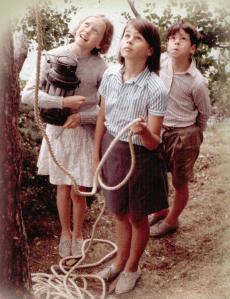 Bill was amused by the fact that, as a child of twelve, I played the part of Titty in the 1974 feature film of ‘Swallows & Amazons’, delighted that I was able to introduce him to Nick Barton, the producer of the 2016 movie of ‘Swallows and Amazons’, now on DVD and released in the US by Samuel Goldwyn Meyer. 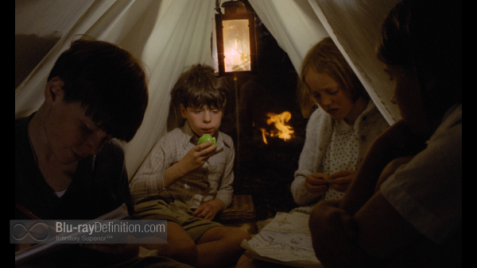 Bill lost his wife to cancer some time ago but his family were ever around him. At the age of 102, he told me that his doctor insisted that he walked a mile a day but it was quite an experience to accompany him along the crowded London streets. On turning 99 he began to use a walking stick which was twirled in all directions.

‘From Hell Island to Hay Fever, The Life of Dr Bill Frankland’, by Paul Watkins.

Here is a clip of Dr Frankland appearing on ‘The One Show’ a few years ago (he’s on after Andrew Lloyd Weber):

What strikes me about Arthur Ransome’s whole series of ‘Swallows and Amazons’ books is that they are set almost exclusively outside in the open – or afloat. When we made the film in 1973 it rained so much in the Lake District that the producer must have longed for the existence of a few more interior scenes. As it was, the longest one ended up on the cutting-room floor. Is this because the essence and appeal of the stories is that they occur beyond the confines of domestic realms?

When I appeared on Channel 5 last year I learnt the most depressing facts about the decline in the amount of time children spend outdoors. Recent research shows that children tend to stay indoors, watching television, playing computer games or even spend time doing homework, rather than go out to play. Kids today play outside for less than five hours a day at weekends and only for an hour or so during the week, which is half the time their parents spent outdoors, whatever the weather. You’d have thought they must have had higher levels of vitamin D. Apparently only 21% children today play outside near their homes, as compared to 71% of their own parents when they were young.

Apparently parents have forgotten how to play with their kids. While nine of ten parents recognise that it is vital for children to use their imaginations, 16 per cent of parents say they have no idea how to make up stories or create imaginative play. What would Titty say? 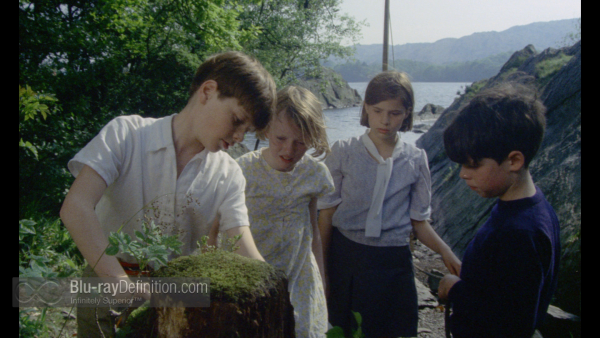 The Arthur Ransome Society have organised a number of activities for families this summer, including a camp at Cobnor Point on Chichester Harbour from Friday 14th August to Sunday 16th August. The idea is that you bring your own tent, food, drink and a boat if you have one but the cost is very low at £20 for adults and £10 for children. Activities include nature walks, archery, games, signalling and water divinging with sailing when the weather permits. The cost includes a barbeque on the Saturday evening. Please click here for details.

If you missed Dan Damon’s programme on BBC Radio 4, when I spoke on the appeal of a Swallows and Amazons childhood, you can listen to the full recording on BBC World Update by clicking here.